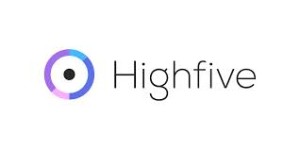 In 2012, Shan Sinha and Jeremy Roy were working at Google, admiring the fact that each conference room at its Mountain View headquarters is wired for video conferencing. The technology makes it dead simple for employees to communicate with colleagues who aren’t in the office, and the two – who’d sold their software company, DocVerse, to Google in 2010 – realized there might be a larger opportunity to provide similar, but more affordable, technology to a whole host of companies.

They got to work on their newest company, Highfive, and so far, so good. The company, whose video conferencing products include $799 high-definition cameras and mobile and desktop applications that make face-to-face connections a cinch, is beginning to pick up market share. According to Sinha, the company has landed more than 500 customers – including Zenefits, Slack, and Warby Parker — since it began shipping its devices in December.

It also just attracted $32 million in Series B funding from Lightspeed Venture Partners, along with earlier backers like Andreessen Horowitz and General Catalyst that had provided the company with $13.5 million in 2013.

Investors are encouraged by the company’s traction, but it’s apparently what coming that gets them most excited, including premium features that will cost $10 per user per month and a roadmap that includes much more than videoconferencing — though Sinha is reluctant to share more right now.

“Our identity will be tied to helping people communicate much better,” he tells StrictlyVC. “But our task right now is to [sell our current technology to many more customers]. There are 25 million conference rooms in the world today and only 1 million have video conferencing. Our bet is that all will have video in them.”

As it happens, Google thinks there’s an opportunity to take its video conferencing technology to the masses, too.

In fact, shortly after Sinha and Roy began work on Highfive, Google started selling $999 Chromeboxes to businesses, saying it wants to bring video-conferencing “to any room.”

That doesn’t seem to bother Sinha, who calls Chromebox, “Google’s approach to solving enterprise problems, which is kind of halfway there.”

When customers compare the two, he adds, “we tend to win.”