Hi, happy Thursday, everyone! (If you aren’t a subscriber yet, here’s an easier-to-read version of this emailed newsletter.)

The Guardian has effectively retracted much of its widely circulated reporting about the anonymous messaging app Whisper. More here.

Twitter just changed its rules to prohibit users from publicly posting intimate, and possibly explicit, images or video without consent.

Highfive Raises $32 Million to Take on Google (and Others)

In 2012, Shan Sinha and Jeremy Roy were working at Google, admiring the fact that each conference room at its Mountain View headquarters is wired for video conferencing. The technology makes it dead simple for employees to communicate with colleagues who aren’t in the office, and the two – who’d sold their software company, DocVerse, to Google in 2010 – realized there might be a larger opportunity to provide similar, but more affordable, technology to a whole host of companies.

They got to work on their newest company, Highfive, and so far, so good. The company, whose video conferencing products include $799 high-definition cameras and mobile and desktop applications that make face-to-face connections a cinch, is beginning to pick up market share. According to Sinha, the company has landed more than 500 customers – including Zenefits, Slack, and Warby Parker — since it began shipping its devices in December.

It also just attracted $32 million in Series B funding from Lightspeed Venture Partners, along with earlier backers like Andreessen Horowitz and General Catalyst that had provided the company with $13.5 million in 2013.

Investors are encouraged by the company’s traction, but it’s apparently what coming that gets them most excited, including premium features that will cost $10 per user per month and a roadmap that includes much more than videoconferencing — though Sinha is reluctant to share more right now.

“Our identity will be tied to helping people communicate much better,” he tells StrictlyVC. “But our task right now is to [sell our current technology to many more customers]. There are 25 million conference rooms in the world today and only 1 million have video conferencing. Our bet is that all will have video in them.”

As it happens, Google thinks there’s an opportunity to take its video conferencing technology to the masses, too.

In fact, shortly after Sinha and Roy began work on Highfive, Google started selling $999 Chromeboxes to businesses, saying it wants to bring video-conferencing “to any room.”

That doesn’t seem to bother Sinha, who calls Chromebox, “Google’s approach to solving enterprise problems, which is kind of halfway there.”

When customers compare the two, he adds, “we tend to win.” 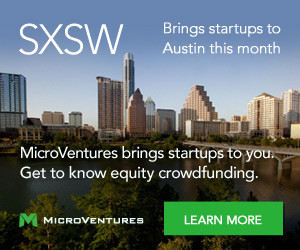 ChargeBee, a four-year-old, Chennai, India-based startup that helps companies manage their subscription billings, has raised $5 million in Series B funding led by Tiger Global Management, with participation from previous backer Accel Partners, which provided the company with $800,000 in Series A funding early last year. The company has now raised roughly $6.2 million altogether.

DJI, a nine-year-old, Shenzhen, China-based company that makes a popular consumer drone called the Phantom, is in talks with Silicon Valley investors about a new round of funding at a multibillion-dollar valuation, reports The Verge. The company reported $500 million in revenue last year, four times its revenue in 2013, say the outlet’s sources; they add that the company is on pace to see $1 billion in revenue this year.

Moonfrog Labs, a two-year-old Bangalore-based startup that makes mobile games for players in India, has raised $15 million in Series A funding from Tiger Global Management and earlier investor Sequoia Capital, which had previously provided the company with $1 million in funding. TechCrunch has the story here.

Ola, a four-year-old, Mumbai, India-based cab-hailing service, is reportedly close to raising about $400 million in a round that will be led by DST Global and could value the startup at about $3 billion. Ola’s earlier investors, including SoftBank Corp. and Tiger Global Management, are also expected to participate in the funding. Earlier this month, Ola acquired TaxiForSure, a nearly four-year-old, Bangalore-based aggregator of car rentals and taxis in India, for $200 in cash and stock.

Snapchat, the nearly four-year-old, Venice, Ca.-based messaging company, has raised $200 million in new funding from Alibaba Group at a valuation of $15 billion. Bloomberg has the story here.

The Hive, a three-year-old, Palo Alto, Ca.-based incubator and accelerator, has closed its second fund with $22 million in commitments — money it says will be used to build and launch up to 10 new companies that are leveraging data and innovations in data science. The outfit has already funded and launched 11 companies in its short history. In January, it exited from one of them, the machine learning commerce startup Kosei, which Pinterest acquired for undisclosed terms. The Hive is backed by numerous Silicon Valley luminaries, including Pivotal CEO Paul Maritz and Yahoo cofounder Jerry Yang.

Kitematic, a two-year-old startup whose tool helps speed up the ability of Docker‘s software containers to ship applications across different cloud computing systems, has been acquired by Docker for an undisclosed price. More here.

Marc Andreessen and his wife, Laura Arrillaga-Andreessen, are very happy new parents today. Said a spokesperson, “Marc and Laura are elated at the birth of their biological baby via gestational carrier. Baby Andreessen is in perfect health and already drafting his first business plan.” Recode has the news here.

Michael Carney, a reporter for PandoDaily for the past three years, has joined the L.A.-based venture firm Upfront Ventures as an associate. Carney was previously an early employee and managing director at WorldVest, a boutique merchant bank.

Ellen Pao, the former Kleiner Perkins Caufield & Byers partner who is suing the firm, watched her case take a turn for the worse yesterday under cross-examination by Kleiner attorney Lynn Hermle, who spent much of the day calling into question Pao’s stated motivation for seeking up to $16 million in damages.

Facebook CEO Mark Zuckerberg likes his privacy, but as the New York Times reports, he’s in an increasingly public battle with a would-be neighbor that threatens to expose details of his personal life and conduct.

Blippar is hiring a corporate development manager in New York.

Evernote is looking for a senior product marketing manager. The job is in Redwood City, Ca.

Reputation.com is looking to hire a VP of product management. The job is also in Redwood City.

Chamath Palihapitiya, the former Facebook VP and a renowned investor, is being sued, along with two partners, for allegedly scheming to acquire the stakes of a Canadian venture firm in the dating app Tinder and other startups — and at a bargain-basement price. Much more here.

Breaking up is not hard to do when you’ve got Apple Watches to move.

Aww. A tiny little keg, just for you.