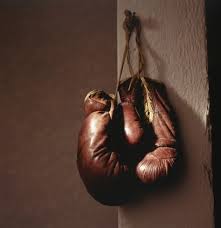 We wouldn’t want to be a juror at the trial of Ellen Pao, the interim Reddit CEO who is suing her former employer, Kleiner Perkins Caufield & Byers, for gender discrimination and retaliation.

While both sides have enjoyed small victories at the trial, many of the “gotcha” moments raised by each have been neutralized when provided broader context.

Remember those HR policies that Pao testified that she’d raised with executive members of Kleiner over the years, the ones she said she’d begged them to improve? We later learned that Pao never asked a single person to see an equal employment opportunity policy until she was preparing to sue Kleiner in 2012.

It was a startling admission. But guess what? Yesterday, we learned that there was no EEO policy at Kleiner until 2012 or that, if there was, Kleiner’s then COO Eric Keller couldn’t find it, as he testified in the afternoon. Indeed, unable to locate one, Kleiner had one created the same year. (Recode has much more on the issue here.)

How about the 700,000 pages of documents Pao was said to have amassed over the years to use in her case? It all sounded less nefarious once Pao was asked about them again yesterday, explaining that most was email coming from her work account, along with a Kleiner-issued hard drive and a box of documents that included “about 100 notebooks” for work that Pao said she’d filled up over the years.

Here’s another thing: You might have read that Pao was difficult to work with. In a 2009 email exchange between Pao and her assistant, for example, the assistant told Pao she was running late because her landlord, who spoke poor English, had been in a car accident outside her house and she was acting as his translator. “It’s great that you want to be helpful to your landlord,” Pao wrote. “It would be better for me if you could come to work on time.”

Yesterday, the incident sounded like much ado about nothing, with Pao testifying that the assistant’s tardiness was a fleeting problem and that they enjoyed a “good working relationship.” In fact, she said, when the assistant had to later choose which of her two managers to sit near — Pao, who was moving from one part of the office to another, or partner Wen Hsieh, who was not — she chose Pao.

Keller’s day in court was just as cofounding. He testified yesterday that Pao asked for what seems like a very big payout to leave the firm before filing her lawsuit against it. “She said eight figures,” he recalled. Keller also testified to Pao’s intransigence when it came to her full cooperation with the investigator that Kleiner hired to look into complaints from both Pao and partner Trae Vassallo.

We quickly learned, however, that the investigator, Stephen Hirschfeld, states on his own site that he works “on behalf of companies” — not employees. Asked if Keller read as much, he said he didn’t remember reading that detail when he researched Hirschfeld in late 2011. “I read the site. I looked at his qualifications. I didn’t memorize the website.”

Court resumes at 10 a.m. again today. We’ll see what happens. But if there’s any crystal clear takeaway at this point in the trial, it’s that workplaces can be minefields. And that isn’t exactly a revelation, even if the case has been fascinating to watch.