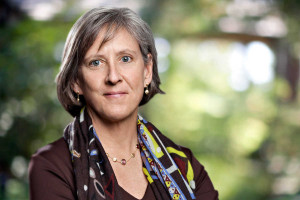 In a San Francisco courtroom yesterday, Mary Meeker, the star investment analyst turned general partner at Kleiner Perkins Caufield & Byers, took the stand, testifying that she has not experienced discrimination at Kleiner and calling the firm the “best place to be a woman in the business.”

Meeker likely left an impression on jurors, particularly given her impressive career, from her early days at Morgan Stanley to her 19-year rise within the powerful investment bank, where she ultimately became the head of its global technology research practice.

“I had a pretty good track record of finding things before others could see them,” said Meeker, pointing to companies she’d covered from almost their outset, including Microsoft, America Online, Google, Netscape, and Alibaba. In fact, Meeker said yesterday, Kleiner had “recruited me off and on for about a decade for a whole host of things.” (She finally joined the firm in December 2010.)

Defense attorney Lynn Hermle had asked Meeker about her background to highlight the contrast between Meeker’s experience and that of Pao, who says she was denied the opportunity to advance at the firm because of her gender. Pao, who at 45 is roughly 10 years younger than Meeker, has enjoyed an impressive but far less celebrated career, including as a law firm associate, as a business development executive at numerous tech companies, and today, as the interim CEO of the site Reddit.

Still, Meeker didn’t make as ideal a witness for Kleiner as she might have, volunteering information about Pao’s investing instincts and politely pushing against some of defense attorney Lynn Hermle’s attempts to show Pao in a poor light.

Hermle, for example, asked Meeker to contrast her experience with Chi-Hua Chien — a former Kleiner investor who was promoted to a more senior role — with that of Pao, who was not promoted at the same time.

Meeker called Chien “very bright, very intense” and someone who would “sort of get on the edge of his seat and jump up a bit and get really enthusiastic about the business.” Asked afterward to describe Pao in meetings, Meeker called Pao “certainly more passive, but I think thoughtful.”

She also prefaced her comments by explaining that she had far less interaction with Pao, saying, “I was in a lot of meetings with Chi-Hua – I’d say every week. . . . With Ellen, we worked on a couple of things together.”

One of those things was the news app Flipboard, which Kleiner’s early-stage fund had backed and whose later-stage, digital growth fund, which Meeker oversees, was also considering funding. (It passed at the time, said Meeker. “It was a little early. The company didn’t have revenue at that point.”)

Pao also brought Climate Corp. to Meeker’s attention, Meeker said yesterday, occasionally facing Pao – who was seated 50 feet away — as if they were still colleagues. “It’s a company that has done quite well,” said Meeker. “It was acquired by Monsanto. Its founder is quite good, but the company focuses on offering insurance to farmers based on weather trends, which wasn’t an area where I thought any of us had particular expertise because we weren’t in the farming business.” (Climate Corp. went on to raise $107 million from investors; it sold for $930 million in October 2013, seven years after it was founded.)

Hermle separately asked Meeker if Pao had ever come to Meeker and asked her to mentor her. “Not that I recall,” said Meeker.

Meeker could have left it at that, but she added, “Bear in mind, I was the new kid on the block in 2011 and we were investing at a very rapid pace in a different area of investments than were core.”

Hermle pushed the point. “So you were available?”

“I think I’m around, though I can’t say I’m the most available person at all times,” answered Meeker.