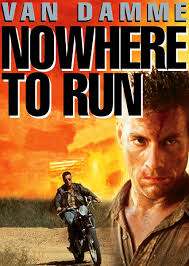 This morning, the law firm Fenwick & West published its most recent report on the state of the IPO market. Its “2014 IPO Survey” doesn’t hold many surprises, but it does underscore an important point: Public market investors have grown more discriminating than they were in the late ’90s — and that’s bad news for the many late-stage companies that are being assigned bubble-era valuations.

Life sciences offerings were on average smaller than technology deals, reports Fenwick, and they faced more pricing uncertainty. Of the life sciences deals in the first half and second half of 2014, approximately 44 percent and 52 percent priced below the bottom end of their expected range, compared with 15 percent and 27 percent of tech deals.

Then again, they went public much faster, says Fenwick, which reports that of the tech companies that priced in the second half of last year, roughly two-thirds were on file for more than five months before pricing.

Castlight Health, the cloud-based health-care tech company whose shares soared 149 percent on its opening day roughly a year ago, probably factors meaningfully into the above figures. Almost immediately after its IPO, its stock began to spiral. Today, those shares, originally priced at $16, are trading at $9.

Still, the second half of the year looked much the same. In fact, first-day pricing appears to have grown even more rational, with tech stocks falling an average of 3 percent by the time their lock-up periods had ended, and life sciences shares dropping by 1.5 percent.

That lack of drama is good for the public market investors, who are plainly approaching new offerings more carefully than they did during the go-go days of the late ’90s Internet boom and bust.

It’s bad news for the many still-private tech companies have been raising money at exuberant valuations. (They can’t all be the next Uber.)