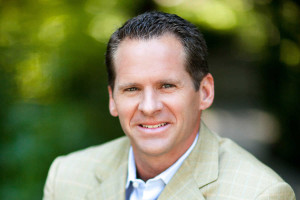 Yesterday, Paul Gompers, a Harvard Business School professor, testified that Kleiner Perkins has one of the best records in venture capital when it comes to the number of female investors it employs. Gompers had taken the stand as an expert witness of behalf of Kleiner, which is currently fighting a suit brought against it by former junior partner Ellen Pao, who says she endured gender discrimination at the firm and was retaliated against when she complained about it.

While Gompers’s testimony cast Kleiner in a flattering light, it’s likely that his statements – and those of numerous others – will prove far less important to the case than those of Matt Murphy, a general partner at Kleiner who finished his testimony yesterday shortly before Gompers was sworn in. The reason: retaliation claims are often easier to prove than discrimination claims, and several things surfaced in Murphy’s testimony that may give jurors pause. Among them, Murphy, who worked closely with Pao, said that he didn’t begin taking extensive notes about Pao’s performance until days after she filed her lawsuit against the firm in May 2012. Murphy also acknowledged that Pao was given 60 days to save her job in July 2012. (She was asked to leave at the end of that period.)

In two days on the stand, Murphy denied any hint that Kleiner retaliated against Pao after she filed her very public suit. Murphy said he’d experienced “various episodes of friction” with Pao over the years and had long viewed her as “overly opinionated.” Asked by jurors what he meant, he said that Pao sometimes drew conclusions about investments too quickly and without enough information. He added that it can be “common with junior partners, because you’re associated with whether an investment gets done” rather than “whether it should have been made.”

Murphy also suggested that Pao lasted as long as she did at Kleiner only because of general partner John Doerr, who Pao had served as chief of staff in her first years at the firm. “John was very protective of Ellen and she felt protected, and that was a dynamic that persisted for some time.”

Still, jurors had plenty of pointed questions for Murphy, including whether the 60-day performance plan that Pao was put on in July 2012 was “fair.” At the time, Pao was asked to improve on several fronts, including to be sought out as a team member, be a good networker, and to demonstrate so-called thought leadership.

“It’s not that we’d expect definitively that you’d see black and white [change] in 60 days [given that] she had all these issues for six years,” said Murphy. “But we wanted to give her very concrete feedback and see how she responded. Did she suddenly start sourcing more ventures, be collaborative, work more with [general partner] Mike Abbott, go down the list of things we talked about? Was there a real change and did you see — was it visible — that she was behaving differently, trying harder, being proactive – all those kinds of things? If we’d seen those things after 30, 45, 60 days, we obviously would have extended it, but we did not see meaningful change in her behavior.”

Murphy’s testimony seemingly led Kleiner into tricky terrain. For example, though Murphy described the objectives set forth in Pao’s performance plan as “concrete,” jurors might see them as subjective. “How do you prove you had a better attitude?” says Gary Phelan, an employment attorney with the East Coast firm Mitchell & Sheahan and the chair of the Connecticut Bar Association’s labor employment section.

In situations like Pao’s, says Phelan, “The employer is both the accused and the judge of whether you’re trying hard enough.”

Speaking generally, notes Phelan, “If you were rated an exemplary employee, then you complain, and the next thing you know, you’re getting a poor review, that’s evidence of retaliation.”

The biggest problem for Kleiner could boil down to timing. Says Phelan: “When after somebody complains about something, and all of a sudden, there’s a paper trail where [the employer] is resurrecting things from the past, that in itself is enough to show retaliation — even if maybe the employer should have been [taking notes] before.”