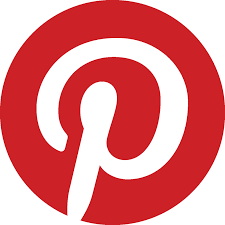 In tech, employees often join startups with the idea that they might become millionaires if those companies go public or are sold. But even experienced startup veterans often underestimate the costs involved in exiting one’s stake. Purchasing equity that has appreciated can run into the hundreds of thousands of dollars — if not millions — and most startup documents only give employees 90 days to exercise their fully vested options once they move on.

Pinterest is rejecting that age-old program. According to Fortune, the digital scrapbooking company recently told employees that if they’ve been an employee for at least two years and leave the company — or are let go — they’ll have up to seven years to exercise their vested options.

Presumably, Pinterest is trying to attract the best and brightest by offering them more freedom than a typical startup payment package would allow.

Whether other startups follow suit anytime soon remains to be seen. There are plenty of reasons things work they way they do, including that it’s often in a startup’s best interests to be able to reclaim equity if an employee can’t purchase his or her shares within 90 days of his or her exit. Machiavellian as it may seem, companies might also want to retain their leverage over talented employees to keep them right where they are.

And there are other arguments to preserve the status quo. For example, you could imagine companies’ unwillingness to provide financial information to a lot of former employees who might be entitled to it under the law, yet who might have gone on to work at a competing company.

There are also plenty of secondary buyers capable of providing employees with some liquidity.

Of course, anyone who has been through a secondary sale can attest that they involve plenty of pros and cons. Demand and supply have to align. Many buyers want information rights that can give them assurance about the startups in which they’re investing, yet many companies don’t want to provide that information. Secondary buyers also tend to drive a very hard bargain because they know it’s not a liquid market.

Our bet? As more companies take their time in going public and those golden handcuffs become more onerous for employees, something is going to give. Trying to maintain the same kinds of controls won’t remain feasible forever.

Pinterest employees who wait to exercise their shares may face a much bigger tax bill years from now. But they’ll also have much more time to line up a secondary buyer or otherwise plan to raise the capital to buy their shares and deal with that tax hit.

It’s going to be very hard for other startups to compete with that kind of advantage. Over time, it might prove impossible.