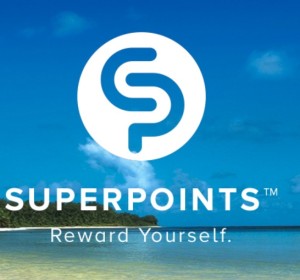 Industry watchers are well-aware that Rakuten, the Japanese e-commerce giant, has made a wave of investments in U.S. startups in recent years as it looks to enhance its portfolio of technologies, acquiring Buy.com, Slice and eBates and making big bets on Pinterest and Lyft, among other companies.

According to Ryan Koonce, the founder and CEO of San Francisco-based Superpoints, Rakuten is also making a name for itself as a company that willfully disregards trademarks and intellectual property. Koonce’s bootstrapped, six-year-old online loyalty rewards company filed a lawsuit yesterday against the $23 billion conglomerate, accusing it of trademark infringement, unfair competition, and unfair business practices.

At issue, says Koonce, is Rakuten’s use of “Super Points” in the marketing of its own, newer loyalty rewards program, despite a ruling by the U.S. Patent and Trademark Office that denied Rakuten’s attempts to trademark the language on the grounds that there was likely to be confusion with Superpoints’s trademark. Koonce only learned of the undertaking after being served documents that Rakuten was trying to have Superpoints’s registration canceled.

Koonce says he reached out to Rakuten numerous times afterward, including providing someone in Rakuten’s marketing department with Superpoints’s deck to show that Superpoints would be willing to work with Rakuten. “We wanted to see if there was interest in talking about how we could turn lemons into lemonade,” he says.

The New York-based representative said the deck would be sent to Japan, says Koonce, adding, “We never heard back.”

Rakuten did not respond to a request for comment yesterday.

For Koonce, his dispute with Rakuten isn’t a trivial matter. Koonce says he has spent “many long nights and time away from my wife and kids trying to build the best site I can. I also have a significant percentage of my net worth tied up in the company.”

Competing with a web giant over his trademark was something that never occurred to Koonce, who has founded a number of startups over the years, including the social media marketing company Popular Media, which was funded by Sequoia Capital and acquired in 2010.

That’s partly because it doesn’t happen very often in Silicon Valley, where people tend to play nice to preserve their relationships. But a trademark attorney at one of Silicon Valley’s largest and most-respected law firms also calls it “unusual for a big, sophisticated company to take on a little guy” because it doesn’t make good business sense. “The likelihood of confusion would be a deterrent for most honorable companies, because you don’t want to expose your shareholders to a liability.”

Adds the attorney, who asked not to be named but doesn’t know or represent Koonce: “This sounds like an exceptional situation to me . . . Even though [Koonce] may just be one guy, he has legal rights, and he can [sue] a second comer who takes [his brand].”

If there’s a silver lining for Koonce, it’s that he looks well-positioned to win his case — or at least a settlement. Because he has been using his brand since 2009 and further received trademark approval for it back in 2011, he should “have a presumption of national rights” in the U.S., says the attorney.

Companies of all sizes generally have an incentive to negotiate a resolution sooner than later, too. “Even a company with trillions of dollars has budgets and has to rationalize economic decisions,” says the attorney. “No one wants to throw money and time and resources into litigation.”

In the meantime, Koonce is thinking about crowd-funding his legal fees if it becomes necessary. “The thought of fighting with a $20 billion conglomerate like Rakuten is not something I’d wish on my worst enemy. But I have no choice,” he writes in an email.

“It wears on you,” he adds. “The only way to make it is through sheer grit and tenacity.”

Fortunately, he says, “I have that in spades.”