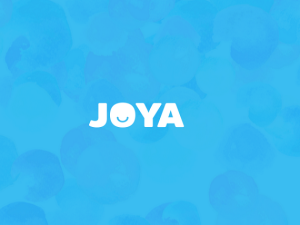 Three years ago, Michal and Vlada Bortnik, former Microsoft employees who met on a soccer field in Seattle, had a host of problems every time they gathered up their two young daughters and tried communicating online with far-flung family members.

The couple decided to do something about it, founding Joya, a mobile video communications company whose two newest messaging apps allow users to record playful messages of up to 30 seconds in length. One app, FlipLip, allows users to play with their voice and insert their face in a variety of county-fair-like cut-outs, including a princess, ninja and bear; the other, Cleo, invites people to make video selfies using filters designed to make them appear more attractive.

Whether the apps take off remains to be seen, but Facebook certainly thinks they’re promising. The couple was among 39 other developers to work with the company in advance of the rollout last month of its Messenger Platform, for which it hopes developers will build apps that integrate with Facebook Messenger.

Facebook’s apparent endorsement could prove especially meaningful as it attempts to turn Messenger into its own ecosystem. (Yesterday, as you likely read, Facebook launched a standalone Messenger app for the web with the hope that people will use Messenger both inside and outside of the social network.)

Certainly, Joya’s traction caught the attention of Battery Ventures and Altos Ventures, which have just provided the now seven-person company with $5 million in Series A funding.

As for what’s next, the pair — now based in Palo Alto, Ca. — say to expect more apps this year that will continue their focus on making quick, online messaging easier and more enjoyable.

They add that for now, they plan to make their existing (free) apps better and more tightly integrated with Messenger.

“It’s very rare that platforms like this come out with such large audience,” says Michal Bortnik, noting that according to Facebook, Facebook Messenger now has more than 600 million monthly active users.

“We’ve developed many concepts that never saw the light of day,” he says, “but we now have a clear product and a clear story: How can we make communications more personal and fun . . . We have something that’s growing.”