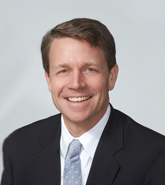 Roughly one year ago, FLAG Capital Management, the limited partnership, revealed that after 20 years, Diana Frazier would step down from her role as co-head of U.S. venture capital, and that Peter Denious, who formerly headed the firm’s emerging markets efforts, would assume her role.

Denious has been fairly quiet since then, possibly because the move came about as FLAG – which has backed Accel Partners, Andreessen Horowitz, Redpoint Ventures, Spark Capital and Union Square Ventures, among others — was beginning to raise its ninth fund of funds.

Denious still declines to discuss that effort, but he did talk with us this week about his observations – and concerns – about the current state of the venture industry. Here’s part of that conversation, edited for length.

You recently created a presentation called “Venture Portfolio Management in the Age of the Unicorn,” stating that FLAG has exposure to 56 so-called unicorns across 100 positions but suggesting that you have concerns about whether investors are taking enough money out of those deals. Are you talking with them about it?

We talk with them pretty openly and actively about it. We’ve always been big believers that you have to be both a great investor who can attract world-class entrepreneurs, as well as be a world-class portfolio manager.

It’s easy for VCs operating inside partnerships to get involved in their 10 or so investments, but it’s important for somebody to be thinking about the dynamics of generating returns, too. It’s a piece that we think is relevant in a time when things are up and to the right.

Given the number of secondary shops to descend on Silicon Valley in the last couple of years, I’d guess that plenty of firms are selling portions of their stakes. What are you seeing?

These are case by case situations. Obviously, we’ve looked into our portfolio and across those exposures, and where the VC has an embedded return of at least 10x, we’ve been seeing them take chips off the table. We think as long as managers are having the discussion, they’ll arrive at the right answer.

Are you concerned by how few companies are going public, relative to the number of richly funded late-stage companies we’re seeing?

I don’t think that each of whatever the number of agreed-upon unicorns that we’re seeing will do well. Some will be severely tested when the capital runs dry, and anyone who says otherwise must be wearing a pretty strong pair of rose-colored glasses.

By the same token, the amount of transformation and disruption in these companies’ respective industries is truly amazing. I do think there’s a subset of these companies that deserve to be very big. Do they deserve to be $50 billion, $100 billion [in value]? That’s subject to debate, but many will be very profitable if they aren’t already.

So you’re more troubled by valuations than underlying business models.

In most cases, we don’t have a business model problem. We don’t see a lot of nonsense, as with the last [late ‘90s] cycle. What’s debatable is valuation and are people paying too much for growth as these businesses scale, and I think that’s all to be determined. Who are we to say that this company at that valuation is too low or too high?

We’re typically early-stage and not growth or late-stage investors and part of the reason we don’t invest there is because as you move later and later on the continuum, you’re taking more of the valuation risk. I don’t think anyone would question the 10 most highly valued unicorns. The question is whether the premiums being paid for their growth is justified, and again, only time will tell. I do think that late-stage and crossover ventures are the most at risk, but that’s what they get paid to do.

But you anticipate a day of reckoning?

With respect to the pool of these late-stage companies, one can argue that so much late-stage capital has allowed for more unicorns to be created than would otherwise be the case. When that capital goes away, you’ll see more exits at the sub-$1 billion level.

Some [may go public.] I think it’s too early to draw too many conclusions about IPOs, which were down in the first quarter; we’ll know more in the next few quarters. But it’s a good time to be asking questions. I do think there will be a day of reckoning.