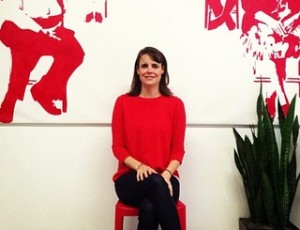 In recent weeks, StrictlyVC has received several requests from readers asking what women we’d propose that venture firms hire. The timing isn’t surprising. Ellen Pao’s gender discrimination lawsuit against Kleiner Perkins dominated the headlines throughout March and triggered anew discussions about the gender imbalance in the venture community. Then there was Fortune’s sit-down with Marc Andreessen, in which he said his venture firm – whose general partners are exclusively male — has repeatedly tried, and failed, to hire the same female executive as a GP.

VCs are asking recruiters for help, too, says Joe Riggione, a cofounder of the executive recruiting firm True Capital, who tells us that even before the Pao trial got underway, “we’d begun getting investor searches where they asked us to prioritize female candidates.”

Riggione sees a particularly “big opportunity on the operator side,” because so many women have the engineering, product and marketing experience that would make them attractive venture candidates, particularly for investor roles where they can be groomed into general partners.

We don’t think it’s all that hard to come up with potential general partners, either. Let’s face it: Any top female executive would have the same odds of developing a great track record as a male executive pulled into a venture firm. In fact, in little more than an hour this weekend, we came up with a short list of 16 women that firms would be smart to pursue if they’re truly interested in diversity (and they should be, for the obvious reason that more diverse teams are more effective teams). Here’s what we came up with, in alphabetical order. Note: we have not talked to these women about this list or gauged their interest in VC.

Sukhinder Singh Cassidy. Cassidy is the founder and CEO of the e-commerce video platform company Joyus. We’ve no idea how it’s doing, though it has raised $41 million, including a $22 million round led by Marker last November. (It also just settled a lawsuit against it by a company claiming it infringed on its patents.) We’d probably hire Cassidy no matter its fate. Before Joyus, she served (briefly) as the CEO of Polyvore, spent a year as an entrepreneur-in-residence at Accel Partners, and before that, logged five-and-a-half years as president of Asia Pacific and Latin America operations at Google. Cassidy was also a senior VP of business development at the now publicly traded company Yodlee, which she helped form with numerous colleagues from Amazon, where, yes, she also once worked, as a business development manager. (And her resume goes on. In fact, this reporter wrote a piece for BusinessWeek about Cassidy’s impressive track record back in 2001.)

Caterina Fake. A Vassar grad, Fake cofounded Flickr and Hunch, both of which were acquired for nice sums (by Yahoo and eBay, respectively). Fake is also a seasoned investor who is a partner of Founder Collective and has made numerous seed-stage investments, including in the online marketplace Etsy, where she wound up serving as board chair for five years. Fake is currently running her newest company, four-year-old Findery, and likely wants to see it through to some natural exit. It could be worth starting to woo her from now, though.

Shana Fisher. Fisher may not be interested in working for anyone but herself, which is currently the case, but it’d be worth making the effort to see. Fisher currently runs her own New York-based, early-stage firm, High Line Venture Partners, but earlier in her career, she was an SVP of strategic planning at IAC; served as a VP and director of media and technology mergers and acquisitions at Allen & Company; and, oh, yeah, was a program manager at Microsoft before that. Did we mention that she was also one of the first investors in Pinterest?

Kimber Lockhart: Lockhart was recently appointed chief technology officer at One Medical Group, a very well-funded primary care practice, which she’d joined in April of last year as its VP of engineering. Given that plum assignment, she might be hard to wrest from the company, but if we were hiring, we’d give it a shot. Before joining One Medical, the Stanford grad was a senior director of web application engineering at the storage company Box, which she joined in 2009 after it acquired her two-year-old collaborative document editing startup Increo Solutions.

Marissa Mayer. Life doesn’t seem so rosy for Mayer as the CEO of Yahoo, though she undoubtedly knew what she was walking into when she accepted the job in July 2012. (After all, life hasn’t been too rosy for any of Yahoo’s many recent CEOs.) Whether Mayer would leave without being ousted remains a question, but one senses she’d probably be a good investor (maybe even better than CEO). Certainly, she’s been building on her investing skills, collecting a wide range of startup stakes that include the automated investment service Wealthfront and the wireless power startup UBeam.

Mary Meeker. Kleiner Perkins spent a dozen years trying to recruit Merrill Lynch’s longtime star investment analyst. It finally succeeded in late 2010, and Meeker, who helps lead the firm’s digital growth funds, sounded happy enough to be there during the very public trial last month of former junior partner Ellen Pao, where Meeker testified that Kleiner is the “best place to be a woman in the business.” Still, all things considered, we wouldn’t be shocked if Meeker decided on a change of scenery given the right circumstances.

Michelle Peluso. Peluso is the CEO of the discounted luxury e-tailer Gilt.com, as well as a board member. It’s hard to know how the company is doing. It planned to go public in the third quarter of last year, then the fourth quarter, and instead wound up raising $50 million earlier this year. (The company has raised $286 million since it was founded in 2007.) Still, Peluso, who assumed the role of CEO in February 2013 from cofounder Kevin Ryan, has been widely credited with helping to revive the company’s fortunes. She’s also held some other major-league roles – – including as a top honcho at Citibank for four years and as the longtime CEO of Travelocity – that would make her a very big catch for any venture firm, particularly one focused on later-stage investments.

Deborah Quazzo. Quazzo is the founder and managing partner of GSV Advisors, a six-year-old, Chicago-based broker dealer that provides advisory services to the education and business services sectors, as well as invests in related startups. Quazzo, who also co-founded the investment bank ThinkEquity Partners, was recently taken to task by the Chicago Sun-Times, which criticized her role as a member of the Chicago school board. It noted that during Quazzo’s tenure (which is ongoing), the district has tripled its spending on education-technology companies she has invested in. In response, Quazzo, who said she didn’t appreciate becoming the outlet’s “punching bag,” has promised to donate any profit she sees from those investments.

Sheryl Sandberg. We don’t need to explain why it would be the coup of all time for any firm to hire Facebook’s longtime COO except to say that, in addition to having such an impressive career (Google, Treasury Department), she seems — from this distance, anyway — imminently likable. We’d guess this is the person Andreessen Horowitz has pursued, by the way, though it’s just a hunch based on Marc Andreessen’s penchant for working with his close colleagues. (The firm didn’t respond to our request for more information about the female GP it has tried to hire. But as many readers will know, Andreessen joined the board of Facebook in 2008. Sandberg, who was invited onto Facebook’s board in 2012, joined the company in 2008.)

Gwynne Shotwell. Shotwell is the longtime president of SpaceX, which she joined in 2002 as its VP of business development. With a master’s and undergraduate degree in mechanical engineering and applied math from Northwestern University and the very apparent endorsement of Elon Musk, we figure if she can help him run his spaceship company, she can probably figure out venture capital, too. (She’d presumably add a lot in particular to firms like DFJ and Founders Fund and Lux Capital that more aggressively think “outside the box.”)

Kara Swisher. This may be the most controversial of our picks, mostly because it’s very hard to imagine Swisher abandoning journalism. Still, we think Swisher would be a huge get for a top venture firm. A former Wall Street Journal columnist turned co-executive editor of the highly successful All Things Digital franchise, Swisher isn’t just great at landing scoops and synthesizing information but she’s an entrepreneur now, too, having given her old employer the finger in late 2013 and more recently forming the media property, Recode, with her longtime partner, Walt Mossberg. Swisher isn’t a technologist. But you can imagine the flow of opportunities that would find their way to her based on her extensive network.

Tiffany To. To has spent the last three years as VP of product management and marketing at Coho Data, a company whose storage appliances help enterprises scale-out storage. Before that, she was a group product manager at VMWare. (She has also held product and marketing jobs at Intel and SGI.) To, who graduated from Stanford with a computer systems engineering degree, also has an MBA from UC Berkeley’s Haas School. (Just remarking.)

Trae Vassallo. Vassallo, a strategic partner at Kleiner Perkins Caufield & Byers, might be turned off from venture capital, given what sounds like an uneven experience at Kleiner. To wit, she led the company’s investment in Dropcam and reportedly played an instrumental role in its investment in Nest Labs but was eventually cut in a broad downsizing. (She also testified recently that she once had to fend off a former colleague who showed up in her hotel doorframe in his bathrobe.) A firm would be smart to try changing her mind, if so.

Emily White. White’s career has taken off over the last eight years, beginning with a job at Google as a director of its Asia Pacific Latin America online sales and operations. In 2010, she jumped to Facebook, ultimately becoming the director of mobile partnerships at its subsidiary, Instagram. White’s name was in the news more recently because of another role – as COO of Snapchat, a job she left in March after just 15 months. We don’t know if she’s interested in venture capital right now. According to Recode, White has “long wanted to become CEO of a company herself.” Given how highly she’s regarded by entrepreneurs, though, we’d certainly give her a call if we were running a top venture firm.

Susan Wojcicki. Wojcicki probably has more money than most venture firms, even the big ones. She’d also be very hard to pry from Google, where she spent nearly 14 years as its SVP of Adwords and Adsense and where she has spent the last year-plus running its enormous YouTube subsidiary. Still, who would have thought LinkedIn cofounder Reid Hoffman would join Greylock Partners? Sometimes, you just never know.

Julie Zhou. She headed to Facebook nine years ago after getting her undergraduate and master’s degrees in computer science at Stanford and has been managing design and research teams across numerous products ever since. Zhou has also demonstrated a knack for sharing what she has learned about design and management issues. (See here.) We’re guessing she’d bring plenty to the table.