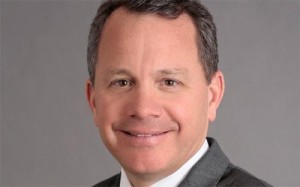 Bill McGlashan would like you to know something. TPG Growth is no newcomer to startups. The 45-person group that McGlashan leads within 22-year-old TPG Capital hasn’t just been writing checks to startups since 1999, but it has incubated a number of companies, too (including, last year, the film studio STX Entertainment). “I think there’s been a lot of noise lately about PE getting into growth investments, which is a function of absolute check sizes getting so large . . .. but [investing in privately held companies] is part of what we do and have done for a very long time. This isn’t private equity now doing growth. This is what we’ve always done.”

We talked Wednesday with McGlashan about how TPG Growth works, why the typically private firm is talking with the press suddenly, and how it plans to invest the giant, $3 billion fund it announced earlier this week. Our chat has been edited for length.

How old is TPG Growth, how many funds has it raised, and how does it differentiate itself from the broader company?

We raised a $500 million venture fund in 1999. It was one of the largest-ever first time funds and the team went happily off to do VC, which seemed like a good idea in 1999. In 2000, which is when the fund actually closed, things were obviously challenging from a macro perspective. So I came aboard in 2003 to rethink the strategy. With the second half of that fund, we took a different approach [that was more integrated with the rest of the firm], and we’ve maintained it through three subsequent growth funds.

We want to do investments where our $67 billion platform can be a uniquely compelling partner in delivering growth, and that can mean different things depending on the industry and stage of the business and the nature of the company . . . so we’re agnostic about sectors and geographies. The problem with consumer funds or geography-specific funds is that everything a hammer sees is a nail, and we couldn’t do what we do if we had hammer/nail syndrome.

How many companies a year do you fund, and who works in your group? Can you describe the hierarchy for us?

We [typically fund] 10 or 15 companies a year where we can [accelerate the business]… There are nine partners in the group and each [focuses on] a combination of sector and geography. We also have a range of senior advisors that can be deeply involved. Then we have principals, VPs, associates, [as well as access to a] whole, 90-person operating team [at TPG], whose head of human capital [Fred Paulenich] was [senior VP of HR] at Walmart and Levi Strauss [previously].

So when we go into a company like [famed guitar maker] Fender [in which TPG Growth took a majority stake in early 2013], we’re fixing the core business, including improving the sales organization, but we’re also embarking on a digital strategy, thinking of e-learning and collaboration, and focusing on direct-to-consumer engagement. Even though it’s a $700 million revenue business, it doesn’t have leadership that could go on this journey alone, so we can plug in people who can accelerate that change, and we do the same with all our companies.

Who makes the ultimate decisions on these investments?

There about about 30 partners across TPG and 8 managing partners [and from that group] there’s an investment committee [that includes members of TPG Growth]. We don’t have several wizards who are pushing a red or green button. [Firm cofounders David] Bonderman and [James] Coulter and other senior partners are [involved in all the] decisions. It’s important because if you’re an entrepreneur and we’re investing $50 million, we want you to know the firm cares as much about your company as it does with a $1 billion investment.

How long does it take for a yes or no?

We don’t make bets, write a check and hope it all works out. We’re signing up for being held accountable as a partner who will deliver value, and that takes real time. There are [some deals] when we move quickly and get deals done in a month. Sometimes, we spend six months getting to know each other. Time isn’t usually the gating issue. We do real work. It can’t happen with a tummy rub.

You have investments all over the map. Do you have any idea where in the world you’ll be committing this new capital?

[Our first growth fund] was 60 percent developed world, 40 percent emerging market. Our last fund was more like 80/20. Rough justice, [our new fund will be] 70/30, but we’re careful not to settle on allocation targets. We’re truly global, with investments in Brazil, Indonesia, Africa, Turkey, China; we have a tower company in Myanmar that’s growing like a weed.

Some of those places are obviously frothier than others. China, for example, seems dangerous from this distance.

We’ve not invested in China in the last three years because we felt valuations were very challenging with all these R&D funds and local funds and angels and super angels. We just felt that valuations, married to the fundamental risks in that market, didn’t make sense. But we did just approve our first deal recently; we’ve found that there’s been a valuation reset in certain sectors.

What about private company valuations here in the U.S.? Plenty of people have grown concerned about those, too, particularly given how few companies are going public.

Overall, what entrepreneurs have been able to do is trade an IPO for private financing, and that offers real advantages to building these businesses. I don’t think that’s going away, by the way. I think that public-private confluence we’re seeing is probably here to stay.

As for valuations, some of these are great companies, like [our portfolio companies] Airbnb, Uber, Domo, and SurveyMonkey, which we recently exited. There are others – you can imagine that we’ve seen them all – that we’ve passed on.

You sold your stake in SurveyMonkey? Are you doing much secondary selling? Have you sold any of your shares in Uber or Airbnb?

It’s a deal-by-deal, case-by-case basis. Honestly, with SurveyMonkey, it wasn’t a case of the company not doing well. It was their strategy to do a series of refinancings and there was tremendous interest because the company is so [fast-growing] and fundamentally profitable that they can generate strong, ongoing yield for new investors. We weren’t looking for a 25 percent annual return.

We have not sold Airbnb or Uber. The fundamental growth in those businesses is incredible.