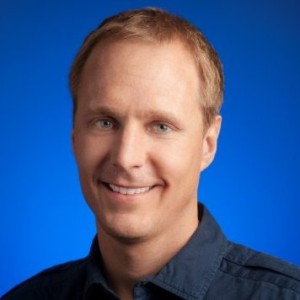 At a StrictlyVC event in San Francisco last week, Tom Fallows, Director of Global Expansion Products at Uber, talked with us about what’s important to Uber right now, why Uber sees the fight for India and China as far from over, and the various ways that Uber and Google differ culturally. (Fallows was hired away from Google late last year. He’d previously spent five years with the search giant, developing, among other things, the Google Express delivery service.)

Fallows couldn’t answer questions about Uber’s funding situation or its reported bid on Nokia’s mapping business, but he was refreshingly forthcoming when answering others. Our chat, edited for length, follows.

Explain what you do.

Obviously, we have the mainline business of offering transportation to people; [my job is largely looking into] how do we expand into new opportunities.  Uber for Business is one of my projects, for example, and that’s just building an enterprise version of Uber so that companies large and small can use it for their business travel.

Is that taking up the majority of your time? How many initiatives are you working on at any one time?

It is taking up the majority of my time. I have six different teams that are working on new projects all the time, and in a healthy ecosystem way, projects that aren’t working get wound down or swallowed up and resources [are] diverted.

Can you point to something that’s been shut down recently?

Nothing since I’ve been [at Uber]. But I remember while at Google, reading about Uber testing a concept [to deliver common convenience store items to select customers through a pilot project] in Washington, D.C that no longer exists.

What can you tell us about how some others of its initiatives — including delivering food and packages — are doing?

I can’t discuss any numbers, but as the press has reported, the Uber Eats [food delivery] product has expanded into several more cities and I think the market has been pretty strong. We’re doing well with Uber Rush, which is a [bike] courier service [that Uber rolled out in New York a year ago].

What do you make of the argument that not everyone wants Uber to deliver both their food and their transportation — that people want different relationships with different brands?

You founded Google Express. The service has been portrayed in the press as troubled recently, including because the head of Google’s commerce businesses, Sameer Samat, has left to join Jawbone as president. Is that fair?

I can’t speak to recent stuff, but when I left five months or so ago, but it was doing well. I think it’s the wrong conclusion to draw that [Samat’s departure] is a reflection on the commerce business. It’s a big driver of growth, and a big driver of profitability [at Google]. I don’t know anything but I suspect this was a poaching situation.

The problem we had at Google Express was that we didn’t have enough capacity. Like every single delivery and on-demand service out there, we had such product-market fit that we just couldn’t keep up with demand. At Uber, that causes surge pricing. At Shopping Express, that caused sellouts, and that was always the pain point that we were dealing with.

Can you confirm that Uber is currently raising $2 billion more from investors at a $50 billion valuation?

I read about it as you guys did [in the audience]. I have no idea.

If the company were to raise $2 billion, what would its top priorities be?  Expanding domestically? Competing more aggressively in India and China?

I don’t in any way tie this to a fundraising. I literally don’t know anything about it and don’t know if or why we need more money, but the company had said in the last funding round that there are big global opportunities that we’re going after, and in our type of business, for anybody building liquidity and network effect and going into new markets, it can be very expensive.

India and China are obviously big battlegrounds. How do you compete with regional taxi app companies that have something like 99 percent of the market?

China and India are huge potential markets and places where we really want to participate  and where we think we can offer great service. [And] although the alternatives in China are very big, the majority of the business is in the taxi ride hailing, which isn’t a business, it’s purely a matchmaking business. They take no fee whatsoever. They have, similar to us, black car and Uber X [type] businesses, but they aren’t nearly as big, so it’s not . . . an open-and-shut case.

One thing that’s interesting: The transportation business is truly, inherently local. At Google, of course, we could do localization, and we had sales teams in each country, but we didn’t have tech teams or custom features in that many countries, whereas at Uber, you really have to serve every single city independently — even within the U.S. We consider it a strategic advantage, our ability to operationalize at scale the management of these locations that need custom technology and custom solutions.

What are some other differences between these two powerful companies? We know you joined Uber just five months ago, but are there early impressions you can share?

Well, the first, strange [observation I made] when I walked into Uber was that one out of three people is a former Google colleague. There are also lots of people from Facebook.  Top to bottom at Uber, it’s [top-notch employees].

The biggest difference at Uber is that, at heart, it’s still very much a startup with an action bias. In my first couple of weeks, we’d be talking about a new feature and inevitably in that conversation, the question would arise: How long would this take to get out? And someone would say, “I think it’ll be two to three . . .” And in my head, I’d just default, think weeks. And they’d finish, “…days.” And I think, what? [Laughs.]

It’s a combination of a couple things. It’s much younger technology stack. Also, we’ve all had that experience where something needs change and you just change it and 12 minutes later it’s in the world, and Uber is still on that continuum versus my experience at Google, which, I absolutely love the people and I have nothing but great things to say about it, but it’s not necessarily known for its nimbleness and speed. One of the challenges I had with Google Express was how do we launch and iterate in an environment where you have multi-week review cycles, and all for good reason. Everything had a justification behind it. It’s all part of being a big company. But it’s inherently slower.

You get the feeling that nearly everything trickles up to Larry Page at Google. At Uber, whose sign-off do you need?

Very explicitly, the rule inside is: nobody needs to sign off. As a product manager, I’m an owner of my products and it’s my right and responsibility to launch things when I think they’re ready to launch and to be accountable for those consequences. It’s a very intentional, constructive environment, and it’s a bet, and you get mostly great outcomes in terms of speed. And sometimes you stumble because, well, safety checks are put in place for good reasons at good companies.

So we’re still wonderfully on the side that it’s small enough and people subscribe to this ownership mentality of: I’m going to build, I’m going to launch, but I’m also going to sweat the details and whether it’s something silly like a typo or a weird experience or, meta like a privacy issue, I’m going to be really sure I don’t do that.

Months after you left Google, Bloomberg reported that Google – an Uber investor – is developing its own self-driving app. Soon after, Google said, “It’s no big deal, it’s just this internal project.” Can you tell us what’s really going on?

Uh, no. [Laughs.] Google is working on everything so I think probably all sides are true. I know a bunch of folks there . . . so there’s nothing particular I want to comment on . . .

What about the news that Uber is bidding on Here to get away from its reliance on Google Maps? Is that happening and, either way, does it want to rely less on Google Maps?

I read about that, too, and I don’t know. I think, macro, as Amazon has progressively moved toward owing its fulfillment centers and even now last-mile delivery, any company in the world strategically wants to ensure that the things that are important to them they somehow they control — whether via a strategic investment, partnerships, or building [their own products]. And there are a number of ways to achieve [that end]. I don’t know anything, but I wasn’t shocked to read that.

Looking forward, what will Uber look like? This week it was flying people to Cannes in leased helicopters. Will it eventually be leasing planes? Will we see it get into the shipping business? What might surprise people about its roadmap?

Whether it’s employing helicopters or delivering candy, those are mostly wonderful marketing stunts to get buzz going rather than [future lines of business]. So the short answer is probably no to those things. But, I think, goodness knows.