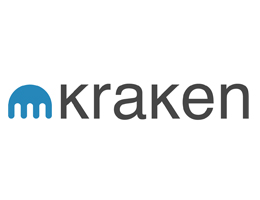 Kraken is a young, San Francisco-based bitcoin exchange that last year stepped in to help return money to customers of the bitcoin exchange Mt. Gox after it abruptly shut down. Now Kraken, known for its cautious approach around regulations, is navigating the vicissitudes of the bitcoin market in the hope of keeping its own doors open for many years to come.

One of the challenges it’s facing is U.S. authorities, who’ve long struggled to understand bitcoin and have yet to figure out exactly how to regulate it. California and New York, for example, are still in the midst of passing virtual currency-specific licensing requirements, rules that many thought would be finalized by now. Like other bitcoin companies, Kraken has also seen many formerly bullish investors turn weary now that it’s apparent bitcoin’s story will take longer than imagined to unfold.

We recently chatted with Kraken founder and CEO Jesse Powell about what a bitcoin entrepreneur is to do in the current market. Our chat has been edited for length.

Who is using your exchange?

We have clients in more than 130 countries, but our customers are mostly Europeans. With have a partnership with Fidor Bank in Germany, and it can receive and make same-day payments within the eurozone for 9 cents, which is kind of hard to beat. That relationship has allowed us to flourish in Europe.

Are those mostly wealthy Europeans? What’s the use case?

There are certainly some wealthy people using the exchange, but it’s more like middle-to-upper class Europeans who are using bitcoin and trading bitcoin. It’s a bit of a luxury item; people who are trading hopefully have some discretionary income.  It’s still a risky asset to be playing with, so I expect most [users] aren’t living paycheck to paycheck.

Do you have any partnerships with U.S. banks?

We don’t operate in the U.S. because the regulatory situation is much more open abroad and we have regulatory coverage there. Unlike virtually every other bitcoin business, we’ve chosen not to operate here until we have the licenses required. Competitively, that’s difficult, because other services are serving U.S. clients. Whether they’ll pay the price in the long run, we’ll see, but they’re exposing their companies and investors to huge liabilities. It’s not a risk we’re comfortable taking.

[Editor’s note: After our chat, Kraken announced that it has hired a chief compliance officer to help it prepare for regulatory changes in the U.S. and elsewhere.]

What kind of feedback have you been receiving from investors? Do you gather they’ve run out of patience already?

In some cases. You have to be a believer in bitcoin. We don’t know when bitcoin is going to become a success or what that will look like, but if you believe it’s inevitably going to happen – as we do – it’s a good time to get in. If the price goes to $1,000 again or hits $10,000, some companies, including ours, won’t need investment [because they’ll be collecting much more off each trade], and they’ll be worth far more. A client base of 100,000 users today could be 100,000 millionaires when the price of bitcoin increases tenfold.

What about other digital currencies? We talked about a year ago and you seemed unconvinced that bitcoin would be the undisputed king.

Most of those [other digital] currencies have lost a tremendous amount of value and I don’t see any of them regaining traction.

Does this feel like an early tipping point for the industry?

There’s definitely some consolidation happening right now. We’ve seen some exchanges fold recently. It’s getting to be a problem for the smaller players, especially in a down market, where bitcoin has been relatively flat for the last six months. That’s definitely had an effect on a lot of business [whose customers] might have chosen to speculate on bitcoin. Also, because the price is down [trading at roughly $230, from a 2013 peak of $1,240 per bitcoin], if you’re taking a percentage of each transaction as a fee, you’re taking in less revenue. Meanwhile, the infrastructure required to maintain an exchange or a wallet is high. There are very few businesses that are actually profitable right now, other than those who’ve done no compliance or shown little consideration of the regulatory requirements.

Why do you think some startups are operating without the regulatory requirements?

Maybe they’ve received special off-the-record exceptions through the right connections. It’s kind of like, ‘We’ll look the other way until we figure out what we want to do.’