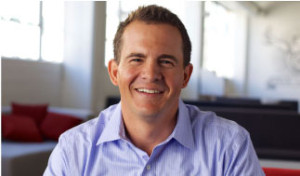 Like many venture firms, Bessemer Venture Partners provides all manner of perks for its CEOs, including a day of race-car driving and wine tasting.

Today, in San Francisco, the firm will be providing its CEOs with a different kind of perk. Together with Salesforce Ventures, Bessemer is hosting a day-long “cloud” summit that brings together CEOs backed by the two outfits to share best practices, let them learn from each other, and to dazzle them with speakers like quarterback-turned-investor Steve Young and the futurist Ray Kurzweil.

Yesterday, we caught up with longtime Bessemer partner Byron Deeter, who organized the event, and who has led deals in numerous high-flying cloud companies — including the online storage service Box, the app-building software service Twilio, and the digital signatures specialist DocuSign – to learn more.

What are you hoping these CEOs will learn today?

Part of the event is just understanding where we are. Analysts are now predicting that midway through next year, the majority of application revenue in [customer relationship management] will be cloud-based, which is a tipping point we’ve long been predicting. More broadly, we’ve been tracking public cloud companies for a while now, and based on our data analysis, we’ve come to believe this group will have a combined market cap of half a trillion dollars by 2020, up from $180 billion today — which is itself up from $40 billion three years ago.

As an investor looking to make two bets per year, roughly, where are you spending your time? What sub themes do you think are most interesting right now?

I’ve personally been most active in industry cloud and enterprise mobile, which is finally coming of age.

Industry cloud is really this notion of the “verticalization” of software and the opportunity for a large vendor like Veeva [which makes cloud-based software for the life sciences industry] or Athena Health [which provides its customers with electronic health records, revenue cycle management, and more] or Shopify [which juggles all kinds of store management issues for its retailer customers] to create dedicated [cloud-based] software for a dedicated industry group. And these models can have massive success.

And enterprise mobile? We have to admit that long-suffering Good Technology [among the first startups to provide email access via mobile devices] still springs to mind whenever we hear those words.

We founded Visto [which acquired Good in 2009 and took its name] at Bessemer [in 1996]. Early investors lost money, but out of the wreckage has emerged a valuable business. It represents some of the challenges of entering a market before it’s ready. Being early is the same as being wrong if you’re just too aggressive and run out of money before the market comes to you. Now, with the penetration of smart phones, internet usage is tipping to mobile and empowering a workforce of people who have smart phones but don’t sit in front of a PC all day. And this is just the early days of that opportunity.

Does this now years-long trend concern you?

Well, it’s very hard to lead new investments in late-stage cloud companies because many are priced to perfection. You have all these groups – late stage investors, private equity investors, crossover public investors – that want exposure to hypergrowth and that are being aggressive about it, and they’re combining to drive up valuations. In many cases, they’ve been rewarded for their actions, too, with very positive, profitable returns.

But companies are also staying private longer as a result.

I think you need to disconnect the two. Investors can invest at any stage and, within reason, still have very positive results. That’s separate from when the company chooses to go public.

Does it make sense to wait [on an IPO]? I do think companies are overthinking it and waiting too long. When they have strong businesses with proven business models, waiting to grow from $2 billion to $10 billion in market cap makes less sense. Many are staying private for the right reasons, though, [such as] to work through business model and strategic issues.

Bessemer is the largest shareholder in Pinterest. Does it make sense for Pinterest to go public any time soon?

It doesn’t. Pinterest is still refining its business model, and that’s best done as a private company, where you can take a lot of risk and not have to report on every action in a public setting.