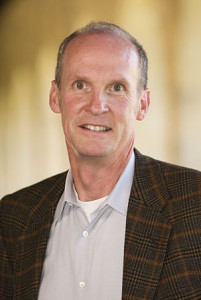 Last week, at the PreMoney Conference in San Francisco, veteran venture capitalist Heidi Roizen moderated a panel that asked institutional limited partners for their view of the world.

The speakers each had unique insights, but the audience may have been particularly attuned to one – John Powers, who served as president and CEO of Stanford Management Company for nine years. (He left his post last year and remains “unpotted,” as he put it.) As Roizen noted in introducing Powers, Stanford is among the world’s most sought-after investors given the power of its imprimatur — not to mention the $25 billion it has to manage, roughly 5 percent of which it invests in venture capital.

Luckily for attendees, Powers didn’t disappoint. In fact, he spoke candidly about a wide range of issues that may help capital-seeking venture firms better understand Stanford’s point of view, even while it’s likely to disappoint many of them. Here’s some of what he had to say:

On whether or not Stanford is likely to reinvest in a firm it has backed previously:

We’re looking at track record over time, and sticking pretty close to a roster of people who’ve been great VCs over a long period, because . . . there is a huge amount of persistence. It’s a brand business. It’s a business where the brand of the VC attracts the opportunity set. It’s sort of the only form of capital that I can think of that’s driven by brand attractiveness as opposed to price.

On when and whether Stanford will invest in a new venture fund:

We didn’t fund a lot of new venture funds over the course of my time there, but we did [invest] pretty steadily, every couple of years, in one or two new funds, [and] brandedness was the key. So what about this fund would lead us to think it can establish brandedness? That could come in the form of notorious founders. Andreessen Horowitz was branded day one because of the pedigrees of both Marc [Andreessen] and Ben [Horowitz]. The guys at Emergence Capital had a niche strategy that happened to be a large niche but was identifiable and you could see, okay, they can build a story around their early participation in and ownership of this view of the world. [We like that] as opposed to a general purpose, “We’re going to do a little software,  a little semis and hardware, and a little consumer” venture fund. It was much harder for us to see [how the latter types of funds could] get escape trajectory.

On what Stanford worries about:

The one thing you have to remember in venture is that a few outcomes can totally transform a fund. So whatever you do analytically to think, ‘These guys are going to get branded’ or whatever, stumbling into the right deal can transform a fund.

That’s true, too, when you fire someone. If this guy’s long in the tooth, they’re not cutting it anymore, we’d like to fire them, you do that, [then] they come in with one home-run deal in the next fund and you look foolish in front of your board.

On why Stanford isn’t keen on investing internationally:

In very large measure, the Israeli venture community is the 51st state of the U.S. venture community; I think you don’t get superior returns over time or haven’t in general, and you don’t get diversification away from investing in a cybersecurity company in the U.S. So you’d go to Israel if you felt like you couldn’t gain access to the best stuff in the U.S. Therefore you were sub-optimizing but doing the best you could by investing in a very vibrant entrepreneurial community over there – just recognizing that it’s probably [not] going to match up over time with what Sequoia can do for you over here.

China is very different. There are huge indigenous sources of demand, a massive reinvention of the economy; the streams of opportunity that you see there . . . may be emulative of, but not derivative of, what you get in the U.S. from a returns standpoint.

India has been a bit of a confusing hybrid, with not the same level of indigenous demand [as China], though that appears to be changing to some degree.

Speaking from my former seat at Stanford, you have to be pretty cold-blooded. Are we better off spending time trying to get a little better allocation out of Sequoia in the next fund than we are flying around the Far East or something? [The answer, thinks Stanford, is yes.]