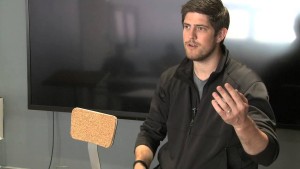 Last week, the California Labor Commission found that a San Francisco-based Uber driver should have been legally classified as an employee, and not a contract worker, by the company.

The ruling could be a very big deal for Uber and many other on-demand companies that argue they’re an appealing alternative to people who want to work flexible hours and to be their own bosses — even if they aren’t paying them unemployment, workers compensation or health benefits, all of which would cost such companies roughly 30 percent more per worker.

The ruling could also be a big deal for investors who’ve poured hundreds of millions of dollars into such companies, though at a dinner last week with partner Ryan Sarver of Redpoint Ventures, it was clear that Sarver isn’t concerned about Uber and its ilk losing this fight. We talked at some length about the case, as well as what types of on-demand companies Sarver wouldn’t be inclined to fund, regulatory tussles notwithstanding. Our chat has been edited for length.

You’ve invested in a number of on-demand companies, including [the peer-to-peer car buying and selling marketplace] Beepi and [home-cleaning service] Homejoy. If contract workers are reclassified as full-time workers, what happens to them?

It’s so hard to predict where things are going to go. There’s a huge new class of people who really want flexible work, and that shift is happening and it’s growing and it’s not going away. You’re then trying to match regulation to them that was written in the 1930s and hasn’t been updated since. I don’t know where we land, but we need regulation that maps to those trends.

What if we don’t get it? How big an impact would that make on, say, Luxe [an on-demand valet service that Redpoint has also backed]?

It’s hard to say until we know what the rulings are going to look like, but labor is really important and Luxe is competing for it with Uber and Beepi and other [on-demand services]; it’s competitive. And [success] will come down to who can attract and retain that labor.

Toward that end, what should these companies’ priorities be? Helping their contract workers land health care? Educating them about savings? Beyond the break room and free snacks, how do you win the labor race?

Churn on the supply side is a big problem for a lot of these on-demand companies, so many of them are focused on hiring, training, and retaining [contract workers]. I think you need more than [break rooms], I agree. What Luxe is doing is giving employees a career path. If you become a really good valet, you become a shift captain. If you become a good shift captain, you can move inside Luxe’s operations center and become a full-time employee. I think smart companies are telling these employees: maybe you want flexible schedules now, but down the road, if you want to move into a full-time position, we’re also going to offer that to you.

A new layer of companies is emerging to cater to these contract workers, providing them with shift-management software and other things. As an investor, do you think they’re interesting?

The on-demand labor market is still pretty small; even with a million or so [on-demand] drivers around the world – that’s still a small labor force. As it continues to grow, maybe it becomes more interesting over time, but I think it’s a little too early to tell [what the potential] of those services will be.

Well, I did see bodyguards on demand. [Laughs.]

Are you interested in telemedicine or these other on-demand startups that don’t require big city rollouts?

I’m a big Doctor on Demand user and I love it, but it’s super infrequent. You’re going to use it in the moment, not every week [because it costs $40 for a 15-minute consultation]. There’s another startup, Better, that gives users access to “personal health assistants” that you might use on a more frequent basis, like, “Hey, our little guy has a rash, what should we do?” I think eventually, there will be a blending of the two, so that you can touch a service in a lightweight way and escalate [to the doctor level] if you need to.

[Most consumer spending] goes to transportation, food, and housing, though healthcare is also an enormous one.

Housing is interesting. What do you think of OpenDoor, the on-demand online home-selling service?

We [invested in] Beepi and they’re very similar models from what I know. OpenDoor will take inventory and buy it from you and fix it up and resell it. Beepi won’t fix up your car, but they’ll send in a mechanic who has a very structured checklist and goes through the service and gives you a price to buy it that day and take it off your hands and bring it into their inventory. Then someone can buy it sight unseen because they trust that the mechanic has done the work and priced it properly.

I think OpenDoor is doing something very similar, but they’re trying to increase the value of the homes. It’s really interesting and much more complicated than what Beepi is doing. It’s a very big swing.