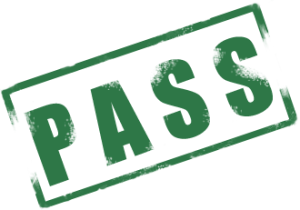 There’s a lot to love about being a venture capitalist. You meet with smart people every day. You make money regardless of whether or not your investments work. People assume you have smart opinions about things.

Strange as it may seem, however, a growing number of illuminati are passing up the chance to work with established firms to do their own thing. Among the newest of them: Avidan Ross, a former private investment company CTO turned angel investor, who says he met with a number of firms about tie-ups before setting out to raise his own, $31.4 million fund from mostly high-net-worth individuals. (We reported on its closing earlier this month.)

Why would anyone pass up the chance to land a plum role with a venture firm that’s managing hundreds of millions, if not billions, of dollars? The overarching reason, of course, is that they can.

Often, such potential recruits have already made enough money to gamble on themselves. See Aydin Sekut of Felicis Ventures, Manu Kumar of K9 Ventures and dozens of other individuals who’ve turned themselves into venture capitalists over the last decade.

It’s also easier than ever for those who haven’t yet made their fortune to raise a fund, particularly given widening interest in getting into startup deals. Venture capitalist Niko Bonatsos works for General Catalyst Partners but sees many of his peers taking alternative paths. As he puts it, “If someone can [raise and] invest $30 million or $40 million themselves, why wouldn’t they do that? It’s like, ‘You’re a young guy, you know founders. Here’s $10 million. Go invest it.”

For more on our story this morning, check out it out here on TechCrunch.