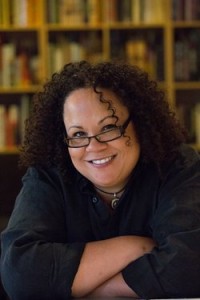 In her new book, “How to Raise an Adult,” former Stanford University Dean of Freshmen Julie Lythcott-Haims argues that overparenting has grown to worrying extremes over the last decade-plus and that unchecked, it will be the ruin of society as we know it.

She noticed it in her own parenting, in fact. “There was a time when I was a finger-wagging dean, then realized: I’m still cutting my kids’ own meat, and they’re 8 and 10. I’m not judgmental, but I got this wonderful glimpse into the future where when too much is done for children, it makes them less capable.”

In conversation with this reporter, Lythcott-Haims explains how startups that similarly coddle their workers –- for the sake of making them more productive – aren’t helping things much, either.

You were at Stanford a long while. At what point did you think: It’s weird how involved all these parents have become?

I began to see it more and more over time – parents who were coming to the university with their sons and daughters and sticking around, sometimes literally and often virtually. I found it bewildering. My own experience as a student in the ‘80s didn’t include much involvement from my parents at all, and I began wondering what if my parents had been expected to register for my courses, settle roommate disputes, talk with my professors about my grades. Not that long ago, 18- to 20-year-olds had the capacity to do those things for themselves, and now, they seemed not to.

(You can read the rest of our chat here at TechCrunch.)