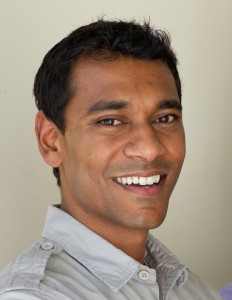 In July of last year, Eric Vishria, a longtime Opsware executive who became co-founder and CEO of the social browsing startup Rockmelt, joined the Sand Hill Road firm Benchmark as its fifth general partner. It’s an enviable position, given the reputation of the 20-year-old firm, which has backed Uber, Snapchat, and the publicly traded companies Twitter, Hortonworks and Zendesk, among many others.

At Benchmark, which famously sticks to its early-stage knitting, with recent funds all closing at $425 million, general partners also have an equal share in the firm. That’s rather unlike most venture firms, where older partners typically receive outsize economics (and younger partners often hightail it for greener pastures).

That’s not to say the work is easy, exactly. We talked with Vishria yesterday about his first year on the job. Our chat has been edited for length.

How’s it going one year in?

It’s been really amazing. Don’t tell entrepreneurs this, but it’s the best job ever. Every meeting you walk into, you’re learning something. You’re meeting with an entrepreneur, learning about a new space or idea . . . It’s just such an intellectually stimulating job. I find it very inspiring.

How do you keep from getting overly excited about the new ideas you’re seeing? We’d think that would be tricky at first.

I’ve now seen about 180 companies – I track it – and in the first few weeks, I was like, “Oh my God, all of these ideas are investable!” And they weren’t.