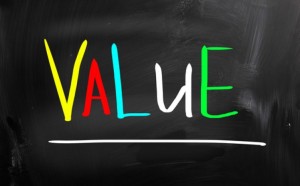 This week, a Bay Area founder was taken aback when an engineer being recruited by his startup asked for both its cap table and information regarding the liquidation preferences of its venture backers. The candidate presumably “worked somewhere where he discovered that these things matter,” says the founder, who asked not to be named in this story.

Though the startup is still debating how much information to give to the candidate, it will likely need to come up with a policy around such requests soon. The amount of information that privately-held companies share with employees is becoming a bigger issue, largely owing to the rise of so many billion-dollar valuations.

Just yesterday, CB Insights, the research firm, published an attention-grabbing report about “unicorn” valuations, reporting that 2015 has already seen growth of $143 billion in combined unicorn valuations year-to-date, a 47 percent increase over their aggregate valuation at the end of 2013. It also reported that the number of still-private companies now valued at $1 billion or more has grow by around 50 percent in 2015. (That jump represents a stunning 39 companies that have been assigned billion-dollar valuations by their investors this year.)