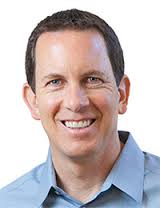 Javelin Venture Partners emerged on the scene roughly six years ago, with a $75 million fund. Led by Noah Doyle and Jed Katz, the entrepreneurs, investors, and business school friends haven’t veered far from their starting team or their original mandate, either. We recently caught up with Katz to talk about it. Our chat has been edited for length.

You started the firm with Noah and added a new general partner a few years ago without dramatically increasing your fund size. Was that your plan all along?

We were always open to a third partner but brought one on a bit quicker than we’d expected, mostly because Alex Gurevich turned out to be such a great addition to the team. Our funds have all remained in the $100 million to $125 million range, though we’re now on Fund III, so there’s more capital per partner to manage.

There seem to be two types of Series As right now — smaller ones and huge ones. For a smaller Series A — the types Javelin likes — what are you looking for broadly?

We believe in a smooth fundraising cadence for companies, where enough Series A capital is raised to make real progress, hit important milestones, expand the team with A players, and demonstrate the potential for explosive growth, but not so much capital that you have to get virtually everything right to grow into an already high valuation in order to raise that next round.  Some of the very best companies took some time and made a few pivots to find their fast-growth path and could have easily died along the way if their early valuations were too high.

We typically invest between $3 million and $5 million in our Series A rounds in companies that we feel have great founders, highly scalable and capital efficient models, sustainable competitive advantages, an ability to get to $100 million in revenue in a reasonable amount of time and that are creating substantial strategic value beyond just their revenue stream.  We also look for things where our operational backgrounds can lead to meaningful help in building the business.

Is there a temptation to dabble into seed while having a mid-sized fund?

Every day. There are so many great concepts being developed, it can be damn tempting to invest in a bunch of them.  This has to be the greatest period ever for being an angel investor. We have a rule of thumb when it comes to our seed investments, though.  We only do if it we’re very confident – even at this early stage – that we want to do the A round too, and we save reserves accordingly.  We hate the signaling issue for entrepreneurs when their VC seed investors don’t do the A rounds, so we really try to avoid that.  Also, even seed deals take a lot of our time since we tend to be very involved partners, so we end up only doing a few seed deals a year.

For your companies which raise follow-on rounds, are you finding it easy to invest with pro-rata or super pro-rata?

Yes, that’s never been a problem.  Even in the later stage rounds, we will sometimes do an [special-purpose vehicle] to maintain our stake.

If you could change one thing about today’s seed ecosystem as a Series A investor, what would it be and why?

Some of the seed valuations, or the caps on the notes, are simply way too high, and they get the entrepreneurs — and their employees — into both a terrible mindset and a very dangerous fundraising cadence, turning off potential investors that may have been their perfect partner.  A lot has been written about that problem, and we see it firsthand almost every week.  With that said, I’m certainly glad that there’s so much seed financing right now. That creates great deal flow for us, and it helps get the companies further along so that we have much more signal when we dig in.