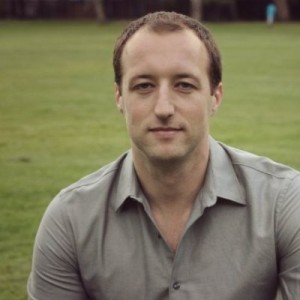 In recent years, Leo Polovets has been busily building a brand for himself as one of four partners at Susa Ventures, a young, San Francisco-based venture firm that’s focused on data. Polovets — who most recently worked a senior software engineer at the L.A.-based global location data company Factual and before that, as a software engineer at Google (and who, earlier in his career, was the second non-founding engineer at LinkedIn) — has made meaningful strides toward that end, too. Actively blogging smart observations has helped. We caught up with Polovets recently to learn more.

Valuations have felt fairly stable over the last year. The one change I’ve seen is strong-but-not-spectacular founding teams that have built a [minimum viable product] in four to eight weeks and are trying to fundraise at high ($7 million-plus) caps. To me, that feels like way too high of a valuation for a month or two of work. I didn’t see this pattern 12 to 24 months ago, but I’ve seen it about a dozen times in the last six months.

Without much M&A these days, how does Susa think about exit profiles and returning a fund when liquidity is rare?

We think about it a bit, but it’s a lower priority concern — at least for now. First, I think seed funds have more opportunities to sell stock in later funding rounds. It’s probably much easier for us to sell some seed stock during a Series C than it is for a Series D investor to sell their stock in a Series E. Second, I think this is an area where the market will likely figure something out. If there’s a true liquidity crunch, someone will come up with a transferable financial instrument, or a fund that buys out seed fund stakes, or something else that will address the problem. Finally, I think it’s hard to predict how liquidity will look in 5 or 10 years, which is when funds that started in the last few years will be reaching their conclusion.

You’re quite active on Quora. Are founders reaching out to you via that network?

I’ve had a few founders reach out to me on Quora, but not many — perhaps one founder every few months. My blog has turned out to be a much better source of deal flow. I get three to ten leads from that every month.

I think the real value of blogging/tweeting/writing on Quora is less about explicit deal flow and more about creating a brand. Folks like you and Tomasz Tunguz and Jason Lemkin have done a great job in this department. As capital becomes more commoditized, especially at the seed stage, it becomes more important for investors to stand out from the crowd. My sense is that five years ago, having strong deal flow was one of the keys to being a great seed investor; now it’s more about getting an allocation in oversubscribed rounds — and a big part of that is just having people know who you are.

Susa focuses on companies who create data moats. In a world where downstream investors want to see revenue, what’s the appetite for data startups that will take time to make money?

The nice thing about data moats is that they’re usually built up as a side effect of growth and revenue, so monetization doesn’t need to be deferred. For example, if a startup is building an accounting tool, and the expense data being collected can be used in interesting ways, the founders are not going to say, “Ok, we need to make the product free so that we can collect more data.” Instead, they’re going to keep iterating on the product, improving the onboarding, exploring new growth channels, and so on. More and more people will find the product, use it, love it, and pay for it, and as a side effect the data moat will become stronger.

One angle to data that I think is interesting is that it can provide some downside protection. VCs and founders generally swing for the fences, but it’s nice to know there are some exit options if a company’s plans don’t pan out. For products with a strong team, potential acquihires from companies like Google provide some downside protection. For products with network effects, sometimes an acquirer will want to buy a failing company just to get access to its customers and network. I think data moats can provide another acquisition asset, because data can have a lot of value to the right buyer.

Finally, I think having data moats provides great optionality for companies and, by extension, for investors. Having a data moat makes it easier to defer revenue if desired because focusing on growth increases the strength of the moat faster, but it also makes it easier to start charging because having a data moat and features/products built on top of that data creates a lot more stickiness and lock-in — and fewer alternatives for customers who are reluctant to pay.

Securing Series A funding is much harder these days. As a seed investor, what do you coach your founders to anticipate?

My main pieces of advice are: 1.) Budget four to six months of runway to raise a Series A. If you need 12 months to hit good metrics, raise enough capital for 16 to 18 months so that you have time to raise money at the end. 2.) Budget time for hires to become effective. If enterprise sales will take six months to close, and you have to raise more capital in 12 months, then it’s probably pointless to hire salespeople in month eight. Hire a salesperson in month five or raise more runway in the first place.3.) Figure out what milestones you want to hit for your next round and work backward to figure out how much you need to raise. For example, for most SaaS companies, $1 million [in annual recurring revenue, or ARR] is the minimum viable revenue for a Series A. When deciding how much to raise, figure out how much capital you need to get to $1 million ARR; don’t just pick an amount to raise because it sounds reasonable or because it’s how much your friends raised. 4.) Don’t let money in the bank tempt you into spending faster than you should. Spend as slowly as possible until you’ve found product/market fit.