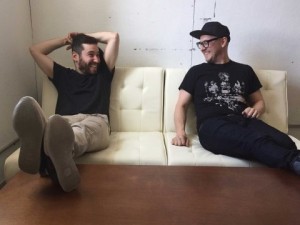 In February, Nicholas Chirls and Alex Lines, who previously helped develop companies at the startup studio Betaworks, closed their first fund with just $8 million dollars. Their Brooklyn-based firm, Notation Capital, calls itself a “pre-seed” investor. We caught up with Chirls recently to learn more, and see how things are going.

How do you manage to run Notation Capital full-time despite it being a small fund and therefore earning lower fees?

In order to pay ourselves modest salaries, we operate the fund using a budget rather than the typical 2 percent yearly management fee. Fees remain effectively equivalent to 2/20 funds over time, but the budget allows Alex and myself to front-load some of the management fees. It works well for very small micro-funds and is in many ways more transparent than traditional 2/20 funds because management fees tend to obscure other fund expenses like legal and fund admin, among others, [that limited partners], especially individuals, often don’t realize they’re paying other fees in addition to the management fee. Alex and I run Notation Capital extremely lean; it’s just us, we have a small office in Brooklyn, and although I previously would have scoffed at VCs comparing their new funds to startups, there are no doubt some similarities.

Do you have plans in place to follow-on in your portfolio as companies raise more money?

So this is a really tough question for funds of our size that take a relatively concentrated approach to portfolio construction. (For us, that means approximately 30 to 40 companies in the fund.)

There are a couple of ways to approach this question. The first approach doesn’t save any for follow-on rounds out of the core fund, and instead focuses on writing relatively larger checks in order to obtain higher initial ownership. As companies raise additional financing, especially those that break out, there may be opportunities for the fund to structure pro-rata SPVs either with [our] existing LP base or on platforms like AngelList. It’s important to note that for non-institutional funds — Notation is a mix of institutions and non-institutions — that traditionally have a more complex LP base, structuring these SPVs can be super complicated and potentially riddled with conflict, so this can be a tough strategy in practice to execute.

The alternative, and slightly more conservative approach, is to write relatively smaller initial checks earning less initial ownership with the intention of saving meaningful pro-rata to maintain ownership through the seed, and potentially Series A out of the core fund. We’re still only 6 months into operating our first fund, so in many ways we’re still refining our strategy, but initially we’re leaning towards higher initial ownership with less reserved for pro-rata.

Give us a sense for what valuation prices are like for pre-seed, seed, and seed extension + A rounds in New York and the East Coast more broadly.

Have you had founders in Silicon Valley approach you for pre-seed funding yet?

We have, mainly because we’ve worked with quite a few founders in Silicon Valley at previous firms and companies. The concept of pre-seed, which is really just what we considered seed a few years ago, is quickly becoming a regular part of startup vocabulary. So positioning ourselves as one of the newer pre-seed funds in NYC has helped to tell our story. At the moment, we’re focused on building a community of founders specifically here in NYC, but that will change as our strategy evolves and our firm grows.

Is the plan to keep Notation small, or to eventually manage more funds?

This is the first of a series of funds for Notation Capital. That doesn’t mean we’ll raise significantly larger funds and move up the stack. Our bread and butter has and always will be working with highly technical founders at the infancy of an idea. What that means is that future funds will be larger in order to give us the flexibility to make meaningful follow-on investments out of the core fund and maintain ownership targets as the companies we work with mature. Our hope is that if we do it right, we’ll be working to build Notation Capital for years and decades to come.