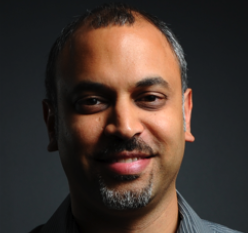 Some people are operators, some are investors. Few have so effortlessly moved from one side of the table to the other — and back — as Satya Patel, who over the course of his career has held such roles as VP of products at Twitter, partner at Battery Ventures, senior product manager at Google, and senior associate at Impact Venture Partners.

Put another way, Patel — who in 2013 cofounded the venture firm Homebrew with former Google colleague Hunter Walk, an outfit that’s already on its second fund — knows a thing or two about Silicon Valley’s undulations. We talked with him about it recently.

With companies staying private longer and fewer M&A deals being done, how much of a liquidity crisis are early-stage investors facing?

Most early-stage investors have a long-term horizon for liquidity, so the fairly recent changes in the IPO and M&A markets haven’t had a major impact on their ability to raise new funds. Over the longer term, if the IPO and M&A trends hold, the combination of a lack of liquidity and expensive holdings is going to mean a real crisis for them.

Do LPs sense exits could be further out given the shifts we’re seeing in the private markets?

Yes, LPs definitely see that the time to achieve liquidity is longer for various structural reasons. But the bigger concern is the increase in cost basis for most investments, particularly at the later stage. They believe that when liquidity does come, returns will be depressed relative to historical norms for all except the very best funds.

What’s a deal at Homebrew you missed on and regret?

The honest answer is that we’re only two and a half years old, so it’s hard to say that we regret anything that we missed or passed on yet. Those companies are nowhere near liquidity, even though in a ton of cases they have gone on to raise huge amounts of capital at high valuations.

That said, there was an investment in the commercial real estate software market that we lost six months after starting Homebrew that we consider a likely major loss. The company chose to work with investors that had been around much longer, with extensive track records in relevant markets. We would have made the same decision at that time as the founders, but we still consider it one of the ones that got away. In general, we have conviction about our strategy and believe that in many cases, we’ve passed up short-term write-ups to avoid long term pain.

There’s been a growing chorus of people saying that seed is the new Series A. Do you buy that?

I think the labels are meaningless. At which “stage” a fund invests and with what dollar size investment is largely a function of fund size. Our goal at Homebrew is to be first institutional capital supporting a company with an investment between $200,000 and $1 million. Often that is pre-product, and other times that’s with a beta or more developed product in the market. Because there are so many seed-stage companies, the bar for raising the next round of financing is that much higher; even more is required to stand out from the crowd. So maybe in the past, you only needed to build the product with seed dollars. Now, you have to build the product and establish product/market fit with seed capital. Does that mean seed is the new Series A? It doesn’t matter what you call it. It’s the new normal.

You’ve been in the Valley for a long time. What’s your sense of the health of the overall ecosystem right now?

The ecosystem seems to be as strong as it’s ever been. There are more startups, more sources of capital, more information resources, more places — accelerators, labs, schools — to learn and more job opportunities than I can remember. The countervailing forces of limited liquidity and frothy valuations may slow down the ecosystem’s momentum. But there doesn’t seem to be anything that will stop the ecosystem from continuing to grow in all of those areas if you take a long-term view.