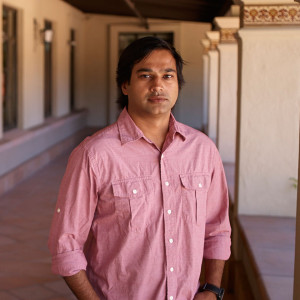 A number of early Twitter employees have landed at venture firms over the years. Think Mike Abbott, a former VP of engineering who is today a general partner at Kleiner Perkins Caufield & Byers. Or Ryan Sarver, former director of platform at Twitter who is today a partner at Redpoint Ventures. Or, more recently, Jessica Verrilli, a former director or corporate development at Twitter who joined Google Ventures in late spring.

Anamitra Banerji, who spent two-and-a-half years as a product manager at Twitter, has also carved out a new career for himself as a venture capitalist after becoming a partner at the 20-year-old venture firm Foundation Capital in late 2012. (Earlier gigs include years of leading product development and marketing for Yahoo’s performance display ad product, and roles with Overture and Tata Consultancy Services.)

We recently talked with Banerji about his role at Foundation — currently raising up to $325 million for its eight fund, according to a months-old SEC filing — to see how things are going.

Two of your board seats are in NYC, and you’ve only been in VC a few years. How do you manage to stay engaged with them and live on the West Coast?

Great startups are being built outside of Silicon Valley all the time, especially in NYC and Boston. Some of these startups have been exceptionally successful – DoubleClick, Tumblr, and Etsy to name just a few. I am sure we will see iconic companies from the East Coast soon, too, and hopefully a few of them will be from our portfolio. But there’s no doubt that as a West Coast-based board member, the company-building effort on the East Coast is harder work with a greater board load.

A high degree of trust and communication is key to staying top of mind if you are not there in person. This means regular texts and calls with the CEOs and management. One of the things I used to do at Twitter is to send out a weekly email to everyone with three good and three bad things that happened during the week – just six brief bullets – to keep everyone posted on what’s going on. Some of our portfolio CEOs have adopted the same communication format, which increases the ambient intimacy I have with these remote companies.

Foundation seems to be hosting and organizing a lot more events throughout the week. Has that always been the case, or is this a conscious decision to be out in the community more?

We have always done function- and category-specific events aligned with areas of interest for my partners, such as design, fintech, marketing tech, and security. My focus has been consumer and product and our Product Minds Dinner series is part of that. We also brought on board Meg Sloan [who worked in business marketing at] Facebook, who is our VP of Marketing. Meg has been weaving her magic through the firm and our portfolio companies, and her focused efforts are adding fuel to the fire.

Your career has been consumer and ads, but you’ve made some SaaS investments, too. How do you prepare for these new areas as a VC?

I started my career as an engineer, and then switched to product management – at Overture, Yahoo and Twitter. When it comes to new investment opportunities, I operate from a product primitive, irrespective of the category. When it comes to the SaaS companies that I am involved with, I have found two things very compelling about them. First, the products themselves behave like consumer products, meaning they’re sticky and easy to use, and second, the focus of the go-to-market is the ground war as opposed to the air war, meaning they’re selling to the rank and file instead of selling to suits.

Twitter continues to dominate headlines. You were a very early employee. If you were to return to the company, what would be three things you’d love to see and why?

I was fortunate to be the first product manager at the company and started advertising products and the revenue team. When I was interviewing we were around 20 people; by the time I joined we were 25. I continue to be a heavy user of the product, and an advocate for the company and the phenomenon that’s Twitter. The company is [making strides]. Incremental product releases have accelerated. Experimentation has accelerated. [Yet] I think the time has come for Twitter to make bolder product moves. Incremental improvements and experimentation is not enough.