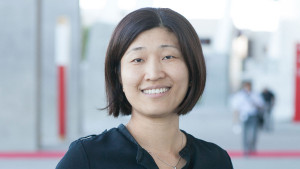 Jenny Lee of GGV Capital knows China. She set up the Shanghai practice of the cross-border venture firm a decade ago, and her performance since earned her the number 10 slot on Forbes’s Midas List earlier this year. It was the first time a woman has broken into the list’s top 10 dealmakers and hers represented the highest ranking ever for a woman in the list’s history. (Among Lee’s prescient bets: Leading an investment in the privately held smartphone maker Xiaomi, which was valued at $45 billion as of last December — a figure that billionaire investor Yuri Milner has said will look quaint soon enough.)

We talked with her recently about what, exactly, is happening in her vast backyard right now.

A few weeks ago, the Chinese economy was the talk of the town. Can you summarize what happened and what we should expect moving forward?

The Chinese stock market, which is largely retail driven, took a dive for a few consecutive weeks and resulted in a series of panic selling. The government had to step in with measures to calm down the market, including putting a temporary halt on new IPOs, halting trading on [other stocks], and encouraging the state-owned companies to acquire shares of “undervalued” listed companies in order to restore confidence in the market.

It is important to understand that the Chinese stock exchanges are still relatively young, and over the years they’ve been steadily opening up and attracting more institutional investors similar to international markets. However, the transition will take time and investors in China will need to have a strong stomach for such fluctuations. For example, the IPO market has been halted more than 8 times in the last 20-plus years whenever retail frenzy takes hold. But from a long-term perspective, the direction is toward more openness and transparency and on cultivating an investor base that is more institutional versus retail driven.

How has the correction in Chinese markets affected early-stage entrepreneurship in China? Do you believe it could have any affect on what’s happening in the U.S.?

Historically, only traditional and local companies –stated-owned, manufacturing, etc. — have been listed locally. The markets have profitability listing rules that have made it harder or impossible for technology companies to fund raise or list in the local markets. But despite past events, early-stage entrepreneurship in China (which, interestingly is largely technology and internet driven) continues to flourish and we see a record number of startups every day.  Good quality companies will always be able to find a listing venue either offshore or onshore when they are ready.

I believe China entrepreneurship will continue to generate some of the biggest returns in tech history, and for those who are familiar with China and the China-based VC managers who have generated real returns for their investors, the market will continue to be a hot spot for fund inflows.

On a short-term basis, any impact in the U.S. will likely be felt most by the Chinese ADRs listed in the U.S. whose stock prices see huge downwards pressure when their investors take profits to fulfill their margin calls for their domestic positions in the China stock market.

What are three characteristics of the typical Chinese mobile consumer that entrepreneurs in the West don’t fully comprehend?

Chinese mobile consumers are not one homogenous segment but rather highly segmented by age, usage behavior, demographics gender, location, and more. A 14-year-old female teenager living in Anhui province is very different from a 40-year-old woman working in Shanghai. For example, companies can target the “average joe” segment, also known as “diaosi” users, or target the “aspiring” segment, also known as “baifumei.” Both are huge consumer segments in China.

Also worth noting is that a lack of a fully built-out offline retail and services in second- and third-tier cities in China means that many services and products are not available offline. Variety and convience factors are lacking. Hence mobile commerce is a very natural transaction-based value for users.  Thanks to Alipay and Tencent’s further efforts to tie users’ phones to payment providers, the ease of payment has greatly enhanced e-commerce, and anytime anywhere transactions via the mobile devices.

As a long-time observer of Baidu, Alibaba, Tencent, and Xiaomi, do you expect them to be acquisitive in the U.S. as a means of deepening their ambitions in America?

Yes, you will start to see more Chinese companies expand overseas after they have “conquered” enough market share in China. The question is not whether they will come but when they do come, how U.S. companies will feel about feeling acquired by a Chinese company.

How does the Chinese startup ecosystem perceive Silicon Valley today? Is it seen as something to mimic, or something that could be leapfrogged given China’s enormous market power?

It’s seen as place that is driven by innovation and where the tech talent lives in the U.S. Many CEOs see Silicon Valley as a very complementary talent pool to their teams as they try to expand overseas. There’s also a large pool of Chinese engineers and entrepreneurs who have spent the last 10 to 20 years living or working in the U.S., who are now ready to return home to China.

It’s not about “mimicking” the U.S., since China is already more advanced in terms of mobile user base, mobile adoption and usage behavior. Also, the Chinese don’t view the U.S. as the center of the universe.  For overseas international markets, the U.S. is just one of the markets. They can also address the India market, the South American market or the Southeast Asia market, among others. In many cases, it makes more sense to address other markets first before the U.S. as Xiaomi has done.