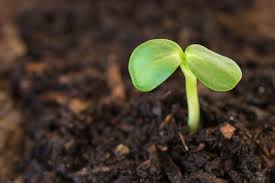 The growth in micro VC funds is now well-documented. While there are many reasons to explain why this trend took hold, the more interesting question to ask is: What will happen to those funds which survive?

A natural desire of any entrepreneurial endeavor  — including starting a fund — is to keep growing it. In the context of small funds, traditional LPs will naturally hope this new crop of managers who emerge will grow a franchise, will add people to the team, and ultimately manage more money. Eventually, some of these franchises can grow to manage quite a bit of money per fund per GP and can, in effect, become a new type of Series A firm. This is the theory. It remains to be seen if more than just a few can make this transition, as the models at seed versus Series A are obviously quite different.

Stay the Course as Lone Wolf

While it may sound traditional to turn a good micro VC fund into a more traditional venture franchise, creating a strong general partnership is not a simple, check-the-box activity. Noting the difficulty, some micro VCs have opted to stay as solo operators longer than LPs had imagined. (See Manu Kumar.) Some, of course, continue to outperform and earn the right to manage more money per fund (if they choose to). In this instance, the LPs aren’t able to invest more and more of their funds into the GP. In the same way a large VC fund may look for opportunities to increase their ownership in a great company in their portfolio in order to make its own economics work, a large LP will often have a similar desire.

Just as investors may have “app fatigue” or “food delivery service” fatigue, LPs pitched by micro VC funds have their own flavor of fatigue. As a way to cut through the noise, many of them drill into what differentiates a GP they’re considering an investment in. This can nudge micro VCs to differentiate on the basis of sector (hardware, Bitcoin, etc.), or geography (focusing in emergent areas outside the Valley especially), or stage (pre-seed vs seed, etc.), and more. And the success of Y Combinator and the potential for more steady budgets for an accelerator or incubator could encourage more to let go of the traditional fund model altogether.

I know these choices because I have been faced with them. The LPs rightly ask these questions and conduct references to determine which way the micro VC wants to go. But the truth is that, just like most at seed don’t know how well a company will do at the very early stages, most of them also don’t know what the optimal path to take is. This can lead to an awkward discussion, where LPs may want or need to hear certain things to “check the box” in their processes versus having the raw discussion about what is working and what doesn’t. The truth is that most people don’t know, and in this market, which is changing year to year, the main value in these smaller funds is that their inherent nimbleness by virtue of being small gives them the right level of flexibility to adapt to a dynamic, ever-changing environment.