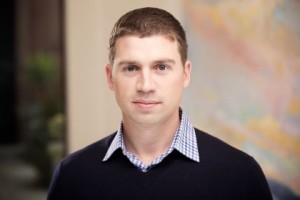 Brian O’Malley is good at his job. He’s good enough, in fact, that two years, ago, Accel Partners plucked him out of his former firm, Battery Ventures, so he could bat for its team instead.

As venture industry watchers know, these moves are rare, and they often pay off. Two famous examples include Sequoia Capital enticing Jim Goetz to leave Accel in 2004; Goetz has since led hugely profitable deals for Sequoia, including WhatsApp. Peter Fenton, also formerly of Accel, has similarly done a bang-up job for Benchmark, which lured him away in 2006.

Earlier this week, we sat down with O’Malley at Accel’s new San Francisco office to talk about switching firms, as well as why, despite a sudden cooling toward on-demand companies, he’s as bullish as ever about them.

We’re running one part of that chat today; stay tuned for the rest.

Across both Battery and Accel, you’ve backed numerous startups that meet on-demand needs, like HotelTonight, the sports ticketing app Gametime, and the food delivery app Sprig. Are you still interested in apps that meet last-minute needs?

At Accel, we’ve done three on-demand companies. We put a small piece in Sprig. We’ve backed the [Uber-for-kids startup] Shuddle. And we invested in Din [formerly called Forage], which is kind of like Blue Apron but that leverages the whole on-demand infrastructure, so you aren’t relying on all this packaging and UPS to get food across the country.

You mean Din is piggybacking off other on-demand startups?

If you think about it, Uber, Postmates, Sidecar — they all have APIs…