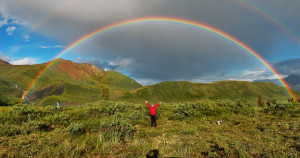 For the second time in its two-year history, in a small space that’s easy to miss on a leafy Palo Alto street, the boutique venture firm Pejman Mar brought together seven startups earlier this week to present their fledgling ideas to some of the best early-stage investors in the startup industry.

Roelof Botha of Sequoia Capital was there, as were investors Jeff Clavier, Manu Kumar, and Kent Goldman. There was also a contingent of bearded VCs, who’d driven over from their respective Sand Hill Road firms. “It looks like we dressed each other today,” joked one to another who was wearing a similar shirt.

The investors had come partly because the presenting teams all have ties to Stanford. Some of them haven’t graduated. Others have advanced engineering degrees. Almost all camp out regularly at Pejman Mar’s simple but cheery offices, batting around ideas and, sometimes, receiving a $15,000 to $25,000 convertible note from Pejman Mar in the process.

Yet another attraction for the VCs: an afternoon that’s refreshingly intimate by current standards. At the event, there were no more than 60 people gathered, and at least a third of them were involved in the startups that were pitching. (Most seem to be launching the alpha versions of their products right now.)