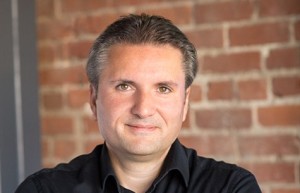 Last month, we talked with Jon Callaghan of True Ventures and marveled at the billion-dollar-plus return that his firm is poised to reap from leading the seed round of the wearable fitness company Fitbit.

But True isn’t the only venture firm for which Fitbit is a giant home run. During a recent sit-down with Jeff Clavier, founder of the venture firm SoftTech VC in San Francisco, he joked that as another investor in Fitbit’s seed round, he finds it hard not to take a daily interest in the share price of the company, which went public in June and is now valued at more than $7 billion. (Its lock-up period ends in December.)

More from that recent chat follows, edited for length.

You moved up to San Francisco from Palo Alto a couple of years ago. How’s it going? How many companies do you have up here now?

We have several dozen portfolio companies in San Francisco and three more in [nearby] Oakland. We started out in Palo Alto 11 years ago, then three years ago we started hanging out at [the San Francisco workspace collective] Founders Den and having weekly meetings there. By the time AOL kicked us out of its buiding in Palo Alto two years ago, there was no point in looking elsewhere because freaking Palantir [the private data analytics company] had killed the startup activity.