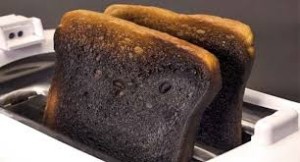 Earlier this year, the law firm Fenwick & West published a report analyzing the financing terms of 37 U.S.-based venture-backed companies that raised money at valuations of $1 billion or more in the 12-month period ending March 31.

The report’s headline-grabbing conclusion was that in all cases, the investors had received significant downside protection in case the companies’ value declines. (Called a liquidation preference, the companies’ later-stage investors basically received the right to get paid ahead of other investors, as well as the companies’ management teams and employees.)

The findings were a revelation, but they didn’t provide a complete picture of what could happen in a downturn. In fact, there’s a giant hitch the report did not touch on, and that’s pay-to-play provisions, which became routine during the dot com bust of 15 years ago and could well become commonplace again if things head south.

“VCs, especially people who’ve been in the business a long time, understand them,” says attorney Barry Kramer, who authored the Fenwick & West report and more recently wrote on Medium about pay-to-play provisions. “It’s part of their calculation. I’m not sure that a good chunk of newer investors, whether non-traditional or because they’re just younger or whatever, have this scenario in mind.”