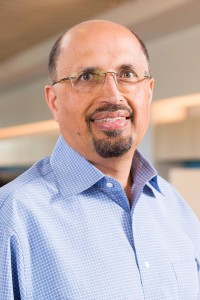 Trinity Ventures, a 29-year-old, Sand Hill Road Firm whose recent hits include the IPOs of Zulily, New Relic and TubeMogul — not to mention the still-private but highly valued startup Docker — has closed its 12th fund with $400 million in capital.

We were in touch yesterday with Ajay Chopra, a general partner at the firm for nearly the last decade, to ask what the fundraising process was like at a time when valuations are high — as are concerns about exits. Our exchange has been edited lightly for length.

You raised your last fund in 2012 with $325 million. This fund is considerably larger.

We’re writing slightly larger checks for the same ownership. With valuations higher, it takes a larger check to get the same ownership in a similarly sized portfolio. But our mission and strategy for achieving it have stayed the same: invest early in world-class teams going after big ideas, support them through good times and bad, and build meaningful businesses together.

How has the firm’s team changed since that last fund was closed?

Since then, we’ve added six people to our staff. Four of the new additions are women, and two of those women are partners. We’re very glad that with these additions, we’re probably the most diverse firm of our size.

The [general partners are] the same except for Noel Fenton, who founded the firm almost 30 years ago and is taking a well-deserved step back.

What was fundraising like? What did your investors want most to see? Did you sense nervousness on their part over exits, or a general lack of them?

Besides good performance, they want to see funds where partners have worked well together over several investment cycles with consistent investment style over several funds. They’re definitely concerned about current startup valuations but also understand that from a return standpoint, it’s primarily an issue for late-stage investors.

How are you dealing with the slowdown in IPOs?