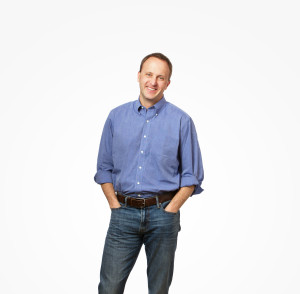 Bryan Roberts has seen plenty of market swings in his 18 years as a venture capitalist with Venrock, the venture firm that started as the venture arm of the Rockefeller family and has historically invested in early-stage technology and — Roberts’s specialty — health care start-ups.

Roberts also has a thorough understanding of what’s happening on the U.S. public markets as the chairman of three Venrock portfolio companies that now trade on Nasdaq: Castlight Health, Ironwood Pharmaceuticals, and Achaogen.

Given his background, we asked him recently what he’s expecting to see happen in the health care market next year. Our chat has been edited for length.

Health care has tightened, but we could probably talk broadly about the financing market tightening. With the later-stage stuff getting dicier, I’ve been hearing about more IPOs getting pulled. People are either “risk on” or “risk off,” and we’re beginning to back off from full-throttle risk-on environment. I guess I feel like the last four or five months in both biotech and tech more broadly have been akin to what you might have considered “last licks” in a stickball game as the sun was going down, and that shift predates the mutual fund valuation stuff that came out.

I don’t know that I have a good reason as to why biotech pulled back specifically other than pricing concerns mentioned by presidential candidates, some high-profile price gouging, and some clinical trials that read out negatively, though that always happens.

What are you expecting in 2016 and how might it impact your approach?

Well, for one thing, the changing environment may make me feel less out of step with everyone else. We don’t tend to focus on sectors or stages. I invest really broadly across health care, from genomics to diagnostics to therapeutics, so from a fundamental perspective, we don’t tend to follow the herd. In this bullish market environment, we haven’t been doing growth equity investing. We tend to avoid the party seed rounds done by 15 different people.

[All that said,] in health care IT, we’ve moved to earlier stage. We’ve started a couple of companies. We’ve moved to pre-product market fit, which is different than how we’d invested in the space 10 years ago. When we invested in Athenahealth [the now publicly traded company that offers a suite of administrative services for medical practices], they had product market fit, but no one wanted to invest in that space. Now, once something has traction, it’s priced very fully. So earlier this year we started a business with [former Facebook CFO] David Ebersman called Lyra Health. We did the same with [former U.S. CTO], Todd Park at Castlight. We’ll continue doing that for some time.

What does someone need to get a meeting with you?