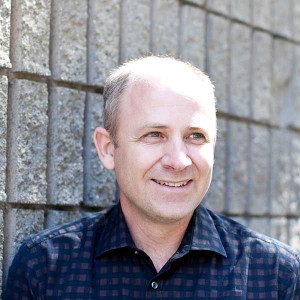 Lew Cirne, founder and CEO of the seven-year-old software analytics companyNew Relic, has a lot for which to be thankful. Near the very top of his list? The fact that New Relic went public a year ago, after raising roughly $214 million from investors. (Its market cap is currently $1.78 billion.)

We talked yesterday about what’s keeping so many other companies from doing the same. Our chat has been edited for length.

You’re a big believer in going public. At the same time, you sold your first company, Wily Technology, for $375 million in 2006 to CA Technologies.

A big part of why Wily didn’t have the characteristics to endure as a public company was that we were able to land big deals, but there was a high degree of variability to it.

That’s not true at New Relic?

The founding idea of New Relic was about building something that could endure as a public company, that would do well in hot and cold markets. We wanted to be geared toward making good decisions even under the obligation of reporting financials every 90 days. So I wanted a 100-percent subscription business. I was focused on high gross margins; ours are 80 percent. We also focused on establishing a broad customer base of both small and big customers, so no one customer would have disproportionate sway [over our financial health].

Most traditional enterprise companies, the way they do financials depends on huge deals that almost always close in last five days of quarter, and there’s a lot of risk in them, so in order to succeed in a predictable way, they wind up prioritizing the big deal over product integrity and strategic direction.

Is New Relic profitable or has it ever been?

We’re not yet profitable, but have a very good handle on our growth versus profitability. You can invest more for growth or dial back for profitability, and we feel like we’ve always had good control over that dial.

The shareholders I talk with understand that we’re a growth company. For example, the average New Relic customer spends 38 percent more than the average customer spent a year ago because we’ve invested in new products that they’re buying more of.

Shareholders obviously ask how we think about growth versus profitability, but we don’t see pushback [because] we think it makes more sense to invest in new growth than to slow down and be a more profitable, smaller company.

How much of your time is spent with shareholders? An oft-cited excuse for remaining private is that they’re a huge distraction.