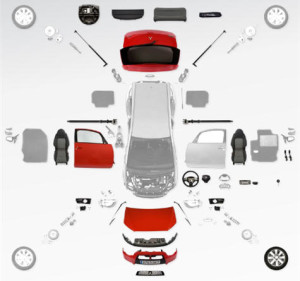 A couple of weeks ago, Ford Motor Company somewhat quietly announced that next month, it’s beginning a leasing pilot program in Austin that will enable three to six people to lease a Ford Vehicle together.

A nascent startup in London called Orto is entering the business of fractional car ownership.

People clearly aren’t as wedded to owning vehicles as they once were, partly owing to congestion and related parking challenges, and partly owing to the rising cost of cars, particularly as they grow increasingly sophisticated. It’s no wonder that car-hailing services like Lyft and Uber — along with car-sharing services like ZipCar and Getaround — have taken off like gangbusters.

Even General Motors, which estimates that there are currently six million people around the world using a shared-based model of transportation, thinks that number will grow four or fivefold between now and the end of the decade.

In fact, that foregone conclusion explains why GM, along with Ford, Audi and BMW, have recently begun testing out their own car-sharing services. They haven’t gone terribly well to date, though. While GM’s service is about to launch, BMW’s pilot program, called DriveNow, was suspended in its pilot city of San Francisco last November. The company cited the city’s parking policies as too big a hindrance.

Given these earlier initiatives, carmakers’ newer ideas about fractional ownership make a certain kind of sense. You can imagine, for example, people who might not like the idea of all the germs that invariably come with popular car-sharing services. Buying a car with a small group can be a similarly priced but cleaner alternative.