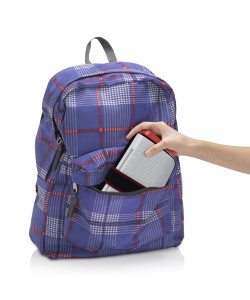 f you have young children, or your children aren’t so old that you can still remember what a pain clunky car seats can be, you might want to acquaint yourself with three-year-old, Ra’anana, Israel-based mifold.

The founders of King Digital Entertainment did. In fact, after seeing theIndiegogo campaign of mifold and its accompanying video, they reached out to mifold founder Jon Sumroy on LinkedIn of all places, asking if they could plug $1.5 million into the company.

Sumroy says it’s the “first formal” investment out of the King founders’ seed-stage fund, Sweet Capital. Sumroy also says that mifold has now raised $3.3 million altogether, including earlier seed rounds that came from friends, family, and several early production partners that like what the company is building.

As a parent who’s entering the carpooling phase of her sons’ lives, I definitely get it. Plainly, so do the 15,000 customers who’ve pre-ordered roughly 30,0000 mifold car seats, which are expected to start rolling off the production line in late March, at $39.99 apiece (or slightly less bought in bulk).