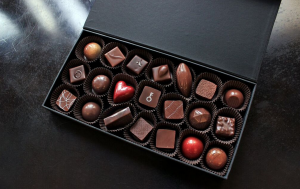 It used to be hard to take IfOnly very seriously. The 3.5-year-old, San Francisco-based company service has always serviced customers looking for unusual experiences, but they seemed out of reach for most, like the (expensive) chance to cook with famed chef Thomas Keller. That the company was inspired by the wealthy friends of founder and CEO Trevor Traina — people looking to have “incredible experiences,” as Traina told Vanity Fair in a 2013 story about San Francisco society — added to the impression that IfOnly was aimed squarely at the 1 percent.

But Traina, who has founded four companies previously and managed to sell all of them, has big ambitions to serve more than the very monied.

In fact, a long list of investors has provided IfOnly with $10.25 million in Series B funding to help it evolve beyond an “experiences marketplace” for clients like Madonna to a platform through which local experts can market and sell their services. Want to learn how to make a macchiato from the best coffee bar in your neighborhood? You might find the opportunity on IfOnly. Interested in a basketball lesson from a former NBA pro? He might be marketing his services on IfOnly, too.

Traina says in earnest that the addressable market his 60-employee company is chasing is $225 billion. He cites as proof surveys that suggest millennials in particular are more interested in experiences than past generations. (One such study in 2014, conducted by Harris Poll on behalf of the online ticket company Eventbrite, reported that 72 percent of respondents wanted to increase their spending on experiences in the coming year.)

“They’re never going to buy a car,” says Traina of millennials. “They don’t care about furniture. But they’re on social media channels, where it’s not fun to post about a belt but it is fun to [post a picture, saying], “Check me out backstage.” In fact, says Traina, he believes there’s an “eBay-sized business here. Everyone wants experiences and no one is really offering it to them.”

It’s not so ridiculous.