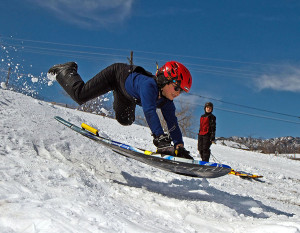 It’s a refreshing quality, particularly when looking for insights into how the people who fund venture firms are feeling about the industry right now. And according to Douvos, they’re nervous, including because their venture customers are coming back to them a lot sooner for capital than they once did.

He explained during a chat on Friday, which we’ve lightly edited for length.

There’s a lot of nervousness out there suddenly. Are you feeling it at VIA, or does it seem to you like this will pass?

A lot of people are worried right now that we’re in a game of musical chairs, and no one wants to be standing when the music stops. People think that 80 to 90 percent of the billion dollar companies will end up getting liquid for less than a billion dollars, and I think there’s truth to that. We’ve been in a market where capital has been relatively cheap, and we’re looking ahead to a market where capital will get more expensive potentially.

So VCs should be selling before things fall further? We wrote about secondary firms last week, and they say they’re getting a lot of calls.

CD: LPS are definitely yelling at VCs to put some ‘moolah in the coolah.’ They’re hammering their GPs to turn some of that [paper] value into actual cash because of what I call the exit sphincter. When the capital isn’t coming back [to institutional investors], it interrupts the flow of things. We give out money expecting it will come back with profits in a reasonable amount of time. When it doesn’t, we can’t put more money into the asset class because a.) we’re at the top of our allocation [to venture capital and b.) we’re out of money.

We have a down-trending public market at the same time that [our] private investments are really inflated [and not exiting], so LPs are getting doubly crushed.

But you saw some money back. For example, one of your funds is True Ventures, which made an apparent fortune on its early check to Fitbit.

We have seen money from Fitbit and there’s more on the way. We’re in some great funds. But now, all the funds we love are coming back in 2016.