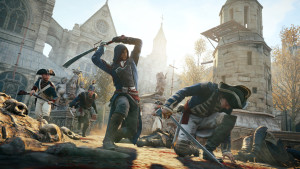 The Bay Area is well-acquainted with boom and bust cycles, and while it’s too soon to declare that the tech economy has turned, recruiters see early indicators that it’s happening.

Indeed, a handful of job placement executives confirms what recent headlines about layoffs already imply: The market is softening for numerous sectors of the startup world, as well as at publicly traded tech companies.

It hasn’t always been this way. Up until recently, recruiters have been working fast and furiously to place a whole range of executives.

Numbers from California’s Employment Development Department illustrate part of the story. In October, for example, the Bay Area accounted for 40 percent of all job growth in California, even though it represents less than 20 percent of the state’s population.

Data in December only hints at a shift, with the overall number of employed Californians down just 10,000 from November, according to the same state agency.

“I think what we’re seeing is bigger than a small correction,” says Paul Gomory, an executive recruiter who’s been placing C-level professionals for more than 30 years and seen his share of cycles. “Everyone thinks it will be different this time, but it never is.”