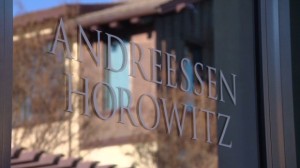 The venture firm Andreessen Horowitz is talking with investors about a fresh $1.5 billion fund, according to several sources who note the fund could always close at a higher number.

It was almost exactly two years ago that the firm closed its forth, multi-stage venture capital fund, Andreessen Horowitz Fund IV, with $1.5 billion.

The money also comes on the heels of a $200 million fund that the firm announced in November called the AH Bio Fund, a vehicle that’s being used to invest in mostly early-stage startups at the intersection of computer science and life sciences.

Altogether, Andreessen Horowitz, which launched in June 2009, has so far raised $4.35 billion, including three previous funds.

The firm declined to comment for this story, but it’s easy to imagine that even Andreessen Horowitz – considered one of the top venture firms in the world — isn’t finding fundraising quite as easy as it has in the past given uncertainty in the broader market.

Though it will undoubtedly reach its target, the young firm is looking for capital at a time when its own investors may not be feeling terribly flush.

As Chris Douvos, a limited partner with Venture Investment Associates, recently told us, “LPs are definitely yelling at VCs to put some ‘moolah in the coolah.’” Institutional funds “give out money [to VCs] expecting it will come back with profits in a reasonable amount of time,” said Douvos. “When it doesn’t, we can’t put more money into the asset class because a.) we’re at the top of our allocation [to venture capital and b.) we’re out of money.”

Indeed, the firm looks to have spent recent months preparing to woo investors, including by liquidating part of its stake in the car-sharing company Lyft in December.

As the WSJ reported earlier this month, both Andreessen Horowitz and early Lyft backer Founders Fund sold some of their shares to Saudi Arabia’s Prince al-Waleed bin Talal and his Kingdom Holding Co. (Taking money off the table and making distributions to LPs is a decision their fellow investor Fred Wilson recently argued more venture firms should be doing more frequently.)

Andreessen Horowitz has also been shifting its staff around quite a bit.