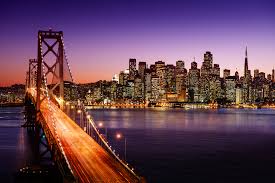 In January, office rents in San Francisco eclipsed those of New York to become the most expensive in the country.

Two months later, there are signs the San Francisco may not maintain its dubious position for long. The biggest indicator? There’s suddenly 1.7 million square feet of sublease space available in San Francisco, up more than 50 percent from 1.1 million square feet in November, according to CBRE Group, a commercial real estate services and investment firm.

That kind of jump in four month’s time suggests ripple effects from a funding slowdown that stretch beyond a small but growing number of layoffs.

If the trend isn’t giving local landlords flashbacks of the late ‘90s, it may soon. The Bay Area’s real estate market enjoyed an historically active 2015, with San Francisco accounting for the world’s highest rent growth at 14 percent, according to brokerage Cushman & Wakefield. (Oakland saw the third biggest jump in rent nationally, said the brokerage.)

The last time San Francisco surpassed New York in price per square footage, says CBRE, it was 2000, the same year that the tech market famously peaked then abruptly imploded.

Of course, today’s volatility in the public tech sector pales in comparison to the tech market nosedive that followed the dot com boom of 16 years ago. The slowdown in venture investing isn’t as sudden or severe, either, making it “too early to tell” if the economy has turned in a meaningful way, says Colin Yasukochi, director of research and analysis at CBRE.

Still, says Yasukochi, “There are definitely signs of change. It’s mostly a question of how severe they are, and how they evolve.”

Bay Area brokers, landlords and tenants appear to be in a kind of discovery stage at the moment. On the one hand, despite the dramatic increase in subleased space that’s become available, new tenants aren’t seeing a huge discount, which is usually an indication of a weak market.

“It depends on how long the lease is – one, two or five years or more – in terms of cost,” says Yasukochi. “But if you compare a good quality sublease space to a good, quality space direct from its owner, you’re seeing maybe a 10 percent markdown.”

It’s when discounts rise to 30 and 40 percent that a market is officially in trouble, says Yasukochi.