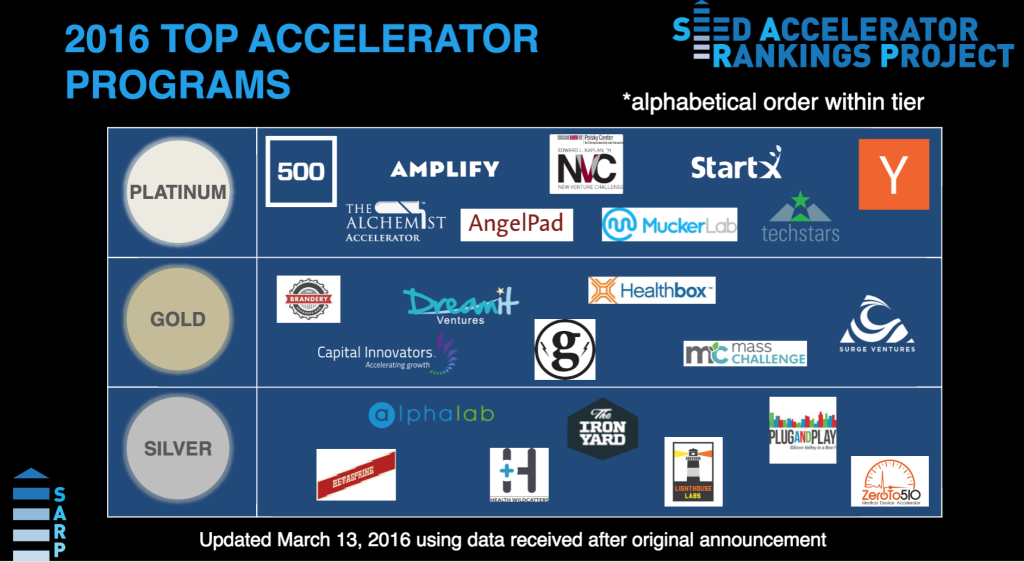 For the fifth year in a row, biz school professors Yael Hochberg of Rice University and Susan Cohen of the University of Richmond have ranked the many accelerator programs now up and running in the U.S. as a way of helping making sense of which are worth the time, effort, and, often, equity — and which aren’t.

It’s no small undertaking. According to their findings, there are currently 160 accelerators in operation, representing year-over-year growth of around 50 percent dating back to 2005, when pioneer Y Combinator first came on the scene.

Some have come and gone. In fact, many outfits don’t survive more than a couple of years. Yet there are often upstarts to replace them, a growing number of which are corporate programs. (Research from Hochberg and Cohen show that 26 such corporate accelerator programs sprung up last year, compared with one or two back in 2011.)

If you click through to TechCrunch, you can read why certain programs rank more highly than others, and what the difference between the buckets you see — including platinum, gold, and silver — really means.