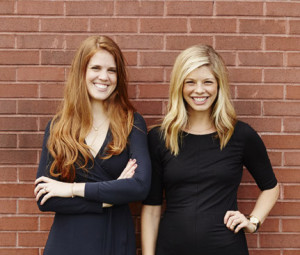 A number of startup studios are in the midst of a years-long experiment, providing back-end assistance, office space and mentoring to talented, ambitious people in order to create a startup with them, often based around their expertise.

Betaworks was the first to try it, opening its doors in New York roughly nine years ago. Others, including Expa, a San Francisco-based firm with an office in New York; Science, based in L.A.; and Chicago-based Roniin are among many newer models, each with their own twist.

Human Ventures, which opened its doors in New York roughly a year ago, thinks it has struck on a model that can work, too.

The outfit was founded by entrepreneur Joe Marchese, who’d sold his adtech company to 21st Century Fox for $200 million in late 2014. But Marchese is just the largest among a group of mostly New York-based angel investors who are investors in Human Ventures. Indeed, the now six-person firm, which has raised an undisclosed amount of money, is largely run by CEO Heather Hartnett and Megan O’Connor, who joined the firm last May as its chief growth officer.

They aren’t longtime startup veterans. Hartnett ran business development at the venture firm City Light Capital and, before that, worked in philanthropy, including at the David Lynch Foundation. O’Connor also worked previously in nonprofits, including as a development director at both Pencils of Promise and Goods for Good.

That they’re comparative outsiders is kind of the point of Human Ventures, though.