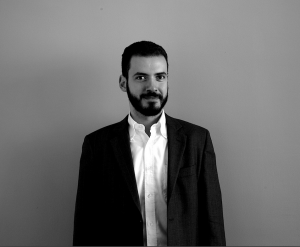 Georgios Kasselakis has the same concerns as most VCs: How to raise money, how to grow the money investors provide him, how to identify the most promising startups.

Unlike most VCs, Kasselakis and his seed-stage firm, OpenFund, are based in Athens, Greece, a country that’s nearly bankrupt and where, even worse, more than 44,000 refugees are now trapped (a number that’s growing daily, owing to the closed-door policies of its neighbors).

We talked with Kasselakis last week via email to learn more about how seven-year-old OpenFund operates, and how it’s coping with what’s happening all around it.

How much money is OpenFund managing?

How many companies has your firm funded to date?

We’ve made more than 20 investments in our second fund. While small by Silicon Valley standards,  you have to keep in mind the cost of labor for highly trained knowledge workers (developers, IT, network), which is roughly six to seven times less than the Valley.

How many other active tech venture firms are there in Athens?

Is that more or less than, say, five years ago?

A lot fewer. At some point, a fund of funds firm called Taneo had helped create more than 10, which were then discontinued. Most fund managers stumbled on the crisis, panicked, and didn’t do any investments at all.