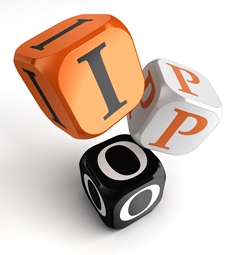 Earlier today, Renaissance Capital, the IPO research firm, published a new report about the first quarter of this year, and it didn’t paint a pretty picture.

For starters, it noted the U.S. IPO market hit the lowest levels in the first quarter since the financial crisis of late 2008. It noted that not a single deal priced outside of the health care sector (which we’d flagged in this recent story). It also noted that of the eight deals that managed to price and collectively raise $700,000 million, the companies’ performance was largely propped up by their venture backers, who bought shares during and after the IPO.

There is, however, a silver lining. Echoing a conversation we’d had last week with another IPO expert — IPOScoop founder John Fitzgibbon — Renaissance Capital Principal Kathleen Smith tells us that a handful of pre-IPO companies could soon inject new life into the torpid IPO market. We talked this morning; our chat has been edited for length.

Renaissance’s new report notes that healthcare IPOs have averaged a return of 20 percent so far in 2016, but it adds that that’s thanks to “substantial buying by their existing shareholders.” Is that a bad thing?

It doesn’t mean they aren’t doing well, but it means there’s concern about their liquidity. Their tradable float is small — even smaller than their deal size would suggest.

That’s not a brand new trend, though. Haven’t health care investors long bought up shares to keep the price of their portfolio companies from dropping until the stock becomes more liquid?

It has long helped to get the deals done. But we’ve seen the percentages increase quite a bit. It used to be that [VCs] would [buy up] 15 percent of the [IPO and post-IPO] shares; now it’s more like 40 percent, and I’d say it began ticking up over the last 24 months. In one recent deal, [for the gene editing company] Editas, insiders bought 67 percent of the float.

The goal in going public is to establish a valuation publicly that either helps other companies to understand them and perhaps buy them at that accepted valuation, or to raise more money down the road, which most [biotech companies] need to do, even though most [generate] capital from the IPO.

In the meantime, there were no tech IPOs in the first quarter. How worried should private tech investors be?