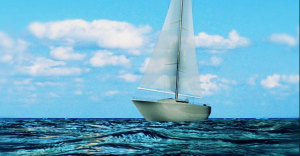 We told you early last month that secondary businesses have been inundated with sellers in recent months, and that’s not expected to change anytime soon. Nary a tech company went public in the first quarter. There’s also the related issue of falling valuations, which has both institutional and individual shareholders nervously wondering whether to hang on to their holdings or get rid of them.

Helping to keep the whole flywheel going: secondary buyers who are coming from overseas to snap up startup stakes. So says Timothy Harris, a partner in the emerging companies and venture capital group of law firm Morrison Foerster who got us up to speed on the market yesterday afternoon.

Harris has his own agenda when it comes to secondaries — including helping startups decide whether to engage in transactions, how to structure them and to ensure companies have some degree of control over the process. But he spoke candidly about the good, the bad and the unexpected of what he’s seeing. Our chat has been edited for length.

The Financial Times wrote a piece recently proposing that some still-private companies have no plans to go public, ever, saying this was okay and even healthy.

That’s right. [The secondary market] is now one of the only ways that liquidity is provided to shareholders who don’t want to sit on their often highly appreciated shares. There were no IPOs in the first quarter. And some companies are still so highly valued, who can buy them? Meanwhile, you have people who joined these private companies thinking they’d go public and that [an IPO exit] was how they were going to pay their college tuition or for elder care or for the mortgage on their house.

The impulse to sell is understandable. But who’s buying? Isn’t it like catching a falling knife right now?

I don’t think that’s true. I’ve advised some VCs [about] what I perceive to be incredible deals based on what I’ve read about these companies and what they are worth. It’s like an art auction when the artists aren’t yet dead or they’re recently dead and it’s not clear how much their pieces will be worth in the future. People took a gamble on Facebook before it went public; they gambled on Square. Others who are buying into unicorns are similarly hoping the companies will go public someday or else that they can turn around and sell the shares for more later.

But again, who exactly is buying?

Many of them are tourist investors from overseas — both high net-worth individuals, funds, and public companies — who are thrilled to return home and say, “We just bought fill-in-the-blank-hot company.” They show up quite a bit and they appear relatively price insensitive, which makes them attractive to sellers. You also see investment bankers who represent someone who wants to buy or sell shares of certain companies. The angels and VC are also buying and selling to each other.