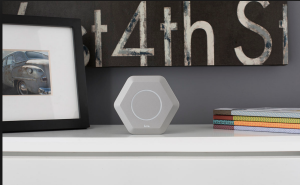 Finally, companies have begun to recognize a long overlooked opportunity to develop a next-generation router that looks sleek and is far more user-friendly than the networking hardware of yesteryear.

Some contenders are the established companies themselves, including Asus, D-Link and Netgear, all of which have now have bells and whistles like parental controls, the ability to prioritize traffic based on network and device, and apps that help users repair their home network via smartphone or tablet.

Newer entrants, including Google’s new OnHub router and two-year-old Eero, feature both more elegant designs and far greater ease of use, though OnHub gets mixed performance reviews. Meanwhile, Eero strongly suggests that users buy more than one, which can quickly become expensive. (The company says that each router covers roughly 1,000 square feet. A three-pack of Eero units costs $499.)

Luma, a two-year-old, Atlanta-based entrant, may give them all a run for their money.

For one thing, like the Eero, Luma’s glossy WiFi routers look like something Apple might have come up with. Luma, which like Eero, works best when sprinkled around the home, also offers more coverage and is more affordable by design. Each unit covers roughly 1,500 square feet, and a three-pack costs $299, compared with an individual unit, which costs $149. (Originally, Luma planned to feature pricing similar to Eero: $199 per unit and $499 for a three-pack.)

Perhaps most important, especially to parents: Luma features the kind of network controls you might find at a large company.