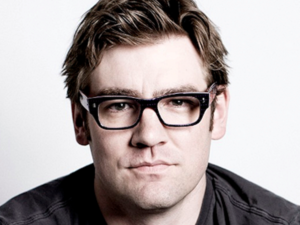 VC Chris Dixon of Andreessen Horowitz thinks it’s a lot harder to predict financial cycles than it is to see a new computing platform coming down the pike. As he noted in a recent post, new cycles tend to begin every 10 to 15 years; assuming the 2007 introduction of the iPhone kicked off the last wave, we’re fast heading toward the Next New Thing.

Or things, technically, according to Dixon, who we caught up with yesterday. Among the trends that Dixon is watching closely, he says, are virtual reality, augmented reality, IoT, wearables, drones and cars. (Missing from the list: bitcoin, which has long held Dixon’s fascination but that he refers to as a “long-term project.”)

Not that it’ll be easy to make money off these newer technologies. In fact, Dixon suggests it could be ridiculously challenging, given how quickly Facebook, Google, and Amazon are bringing aboard related talent. Here’s more from yesterday’s interview, edited for length:

People think of you as the person at Andreessen Horowitz who invests in weird stuff.

You can kind of jokingly call it weird, but if you look at where Amazon, Facebook, and Google are investing — I think Google’s VR team is significantly bigger than Facebook’s; Microsoft has 1,500 people working on HoloLens; and from what I can tell from its hiring and acquisitions, Apple is [investing a lot of money] — probably the biggest area [of interest and investment] is AI. Large tech companies are investing very heavily in this stuff [whereas] there’s much less investment by VCs.

Because VCs don’t understand the tech or else the opportunity?

No, because it’s hard to figure out where the start-up opportunities are and because [some of this tech] requires so much money. With virtual reality, you have to build a complex platform then line up content partners. Or self-driving cars — I’d assume that Google has spent many billions of dollars on it already, including mapping. The venture world isn’t set up for that. It works around the model of seed rounds, A rounds, $20 million B rounds, not for massive projects. It’s kind of a puzzle if you’re in VC how to make those investments.

You’ve remarked  before how quickly teams are getting snapped up, which must compound the issue.

Wit.ai [a Y Combinator startup that built voice-activated interfaces] that Facebook bought and now powers its Messenger platform was only [in our portfolio] for a few months when Facebook bought it.  It sounds paradoxical, but our model depends on companies staying independent for a period of time, and because large companies have been so aggressive, it’s harder for us.

When it comes to machine learning, you’re competing with offers from Facebook and Google and Amazon and [their offers] are considerably higher in terms of cash compensation. They pay a lot for people with that expertise, and startups will never [be able to match it]. So you have to really convince people that what you’re building is important.

VCs can’t wait out this next computing cycle obviously. So how do they nurture lower-capital models?