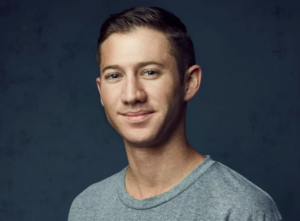 Most 24-year-olds are still figuring out how their careers will take shape. Jeremy Fiance, a recent UC Berkeley graduate, knows he wants to be a venture capitalist. He isn’t waiting to rise through the ranks of someone else’s firm, either.

Instead, Fiance is today taking the wraps off his new firm, The House Fund, which just closed its debut vehicle with $6 million in capital commitments from an array of individual investors, many of them venture capitalists.

It’s easy to understand their interest in Fiance. He’s sharp. (He graduated with an interdisciplinary studies degree, having studied business, engineering, and design). He’s media savvy. (Within hours of our phone conversation last week, Fiance sent over a comprehensive package of media assets.)

Fiance also has a highly compelling pitch. The big idea: UC Berkeley has been overlooked for too long by angel investors and VCs alike, and Fiance is positioned as well as anyone to unearth its hidden gems.

It’s hard to believe when you think about the numbers. UC Berkeley has a half a million alums and a current student body of 37,000, including undergraduate and graduate students. But students and alums alike say that despite high-profile alums like Eric Schmidt, Steve Wozniak, and Chris Anderson — not to mention the many interesting startups created at the school (Caviar, acquired by Square is but one) — UC Berkeley still receives a small fraction of the attention that angel investors and venture capitalists pay Stanford students and alums.

As venture capitalist Pejman Nozad told us last summer, a big gating factor is simply location. Because UC Berkeley is 45 minutes from Palo Alto, where plenty of VCs still live and work, it “doesn’t get nearly as much attention despite that its computer science department ranks right up there with Stanford and Carnegie Mellon and M.I.T.”

Last year, Nozad’s firm, Pejman Mar, which is itself a stone’s throw away from Stanford, created a $250,000 startup competition at UC Berkeley to help it identify promising teams until it has more bandwidth to throw at the school.

Other firms have also crept up here and there.